She was not happy. She did unthinkable things to those who loved her. They would come home from a nice Sunday visit, she would volunteer to get out of the car and open the manual garage door. They admired that in her. She would open the door, and race as fast as her feet would carry her. In through the kitchen, opening drawers and cupboard doors, knocking trash over. If she had time, she would spin on into the living room and knock over papers. She would then walk calmly to her room and close her door all but an inch, eavesdropping on the upcoming, exciting comments. They would walk in, and gasp in disbelief as they saw the damages from room to room. She would call the neighborhood parents close to their home and question them on where there kids had been, had they been here, and proceed to tell them what happened. She stood behind the door, covering her mouth with her hand, holding back the giggles. She would watch her mother giving her new baby sister her bath. Mother asking if she wanted to help, and she, shaking her head no, and walking away. Riding her bike to her friend’s house, and purposefully not coming home on time, causing worry and grief to her parents. Forcing them to make phone calls to locate her, making sure she was safe. There were punishments 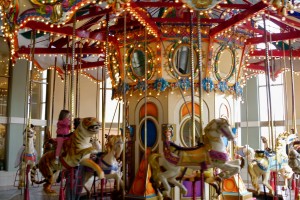 , that did no good. There were times when the entire family would be excited about an outing or a weekend get a way, and at the last moment, she would come down with a terrible tummy ache. Mother came immediately, asking how bad it was, should they cancel their plans, only to hear,that she would be fine. Continue the plans. It was a terrible year for her, but slowly, with love and patience, her jealousy became under control and eventually disappeared.