Picture It And Write It, Prompt #23

I have been blogging now almost three months, and I often wonder what name hides behind the WordPress names that I respond to. I have wondered what you look like and do not always know what area you are from. I have decided to share with you a little about myself through pictures I have taken through the years. The top photo is of me, and the one beneath is my brother. This is my eldest child, a daughter, with her husband, and one of their daughters standing with them,at the bottom of the page. 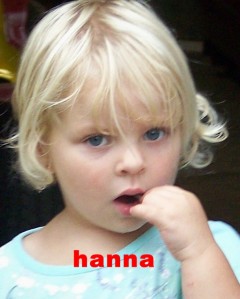 This little girl,third photo down 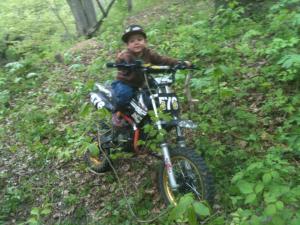 , is another one of my granddaughters. 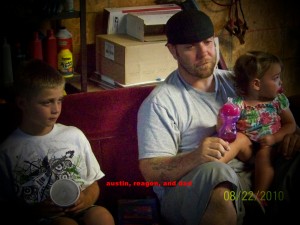 The little boy on the bike is also a grandson to me.

The sixth photo down is the mother of the little boy on the bike. She is the one in the bottom left hand corner. They are a part of my youngest son’s family.The photo under these words with a  young man holding the little girl and the boy sitting beside him is my youngest son and his two children, more of my grandchildren. 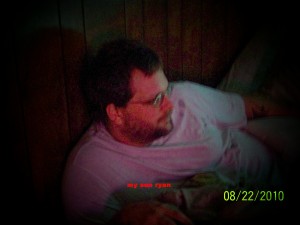 The young man sitting alone, is my middle son. Now I have shown you my three children. Mom, me and son together, next to the bottom. Son-in-law and his son, my grandson together,third from the bottom.

My daughter and her daughter, my oldest grandchild,eighth from top. My entire family minus the middle son, one granddaughter and one more grandson. I love them all, and wish they were all living near me. Things that I enjoy doing are

taking photographs. Here is one I took of tree leaf reflections. Here are two I took of the skies after the storm. I also love antiques and blogging. Well here is my sweet family, and some photos of nature. I have lived in Indiana all of my life except a short time when I lived in Florida. There is nothing more important to me than living for God and my family.  Thank-you for stopping by and getting a better peek of who I am. 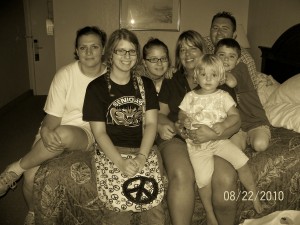 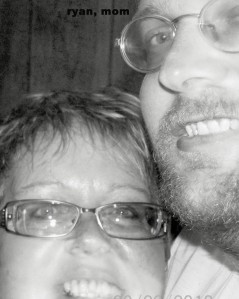 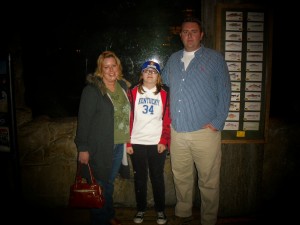 Celia was in David’s arms once again. Lovers they had become. Celia embracing him with  all of her emotions and  needs, pouring them into David, feeling his heart beating against her bare breasts, his arms wrapped around her making her feel beautiful.

Celia was a spoiled woman, who had been given all of her heart’s desires by her father. Her father loved her and could never discipline her. He never wanted to see her with a sad face. Celia was a married woman, who had a hard-working husband, named Bill. Bill was secure,  providing money for all of her needs, or so he thought.

Celia had met David at a local pub. She had gone there because of another argument between her and Bill. She had seen a beautiful dress in a store window the day before, and bringing this up to Bill  at supper tonight, he had said no. Celia wanted this dress. She could imagine herself walking the streets of downtown, with all the people staring at her beauty. Bill’s argument was that she had enough dresses already hanging in her closet. That the house and auto insurance premiums were coming due, and these needed to be paid first. They would try to buy the dress out of the next pay check. Celia was not happy with this plan. She wanted the dress now. She had walked out of their home, and went straight to the pub, to drown her sorrows in music and alcohol. While there, she drew the attention of David. David was a lady’s man. He thought all women adored him, and he used all women for his own enjoyments, usually dropping each one as his needs were fulfilled.

He walked up to her and asked her if he could buy her a drink. Celia looked up at him and saw the most beautiful dark eyes she had ever seen, and motioned for David to sit down next to her. They drank and they chatted. He told her about his nice car he had just purchased two weeks ago. She asked him what kind of work he did, and he told her he was in sales. David told her that he lived in a high-rise only a walking distance away. After some time of senseless chat had occurred, he ask her if she would like to come with him. Celia saw her new dress hanging in her closet. All she had to do was entertain David and fulfill his fantasies, and the dress would be hers.

They both walked to his apartment, and when the door was unlocked, David let her go in first. As soon as the door was shut behind them and locked, he began to tear her clothes off and she was tugging at his also. Their lips met hard, their hands grasping for each other, as they made their way to his bedroom. David threw her on his bed, and took her there. After their love session was over, she told him that she wished her husband could make love to her like this. She explained that their love-making had become boring and too routine. David didn’t even blink when she mentioned her husband. He didn’t care if she was married or not. All that mattered to David, was that for tonight, she was his. Having gotten his needs taken care of, he stood up and started to get dressed. Celia asked him why he was in such a hurry to end this night, and David mentioned that he had forgotten an important phone call he needed to make. Celia said nothing, and with a pouty face, got up and dressed. He walked her back to the pub, and gave her a piece of paper with his phone number on it, and said, call me, the next time you are going to be at the pub. Celia took the paper and placed it in her purse, and walked home, being no closer to the dress she wanted than she was before.

Bill was sitting at his office desk in their den, going over their budget. He told Celia, that he would be able to buy her the dress in two weeks. She made a grunting sound and walked past him, to their bedroom, and running herself a nice, hot, bubble bath. She got in and went over the past few hours of her evening. Sure, David was good enough in bed, but he could offer her much more, than just

thrills. Meanwhile, a block away, David was thinking of her also, and knew that he had a wild cat here, and he wanted more.

A few days later, Bill had to leave for an overnight business trip. Celia found her piece of paper with David’s phone number on it, and she called him. She told him she would be at the pub that evening, around ten. She asked him if he would care to join him for a drink. She wanted the dress, and he wanted his desires met, so once again, Celia was in David’s arms, and lovers they became.