Whoa! What is Happening Here…..

I will not make a fuss and make friends and bloggers repeat reading my prior award. I could not let it slide by thought without letting all of you know who nominated me for this award. 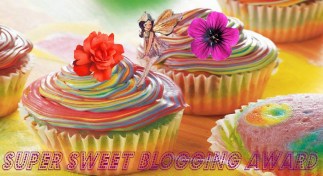 I received this award last evening, but it was  just too late to mention it, so I wanted to do it today, because I feel it is important to let others know who nominates me, and to be able to brag a little about the person.

The rules that I am not going to follow today, for the reasons above, are

Give credit to those who nominated you

Mentions seven things about yourself

Pass the award on to seven others

The blog that nominated was

This is just the sweetest little couple. They look so adorable standing together smiling.

Here is a peek at who they are

Jimmy and Cha are “fifty-something” physicians living in Taiwan. They used to travel a lot, but have toned it down a bit due to very busy schedules. Jimmy is teaching and practicing medicine, while Cha has decided to go into business.

Cha likes to write, and Jimmy likes training people. For now, Cha is just writing on any topic under the sun. She has many interests and can’t seem to get down to just one issue. She wants to write daily, except Sundays, a day of rest and worship.

In the future, though they want to minister to the youth. Since the youth is the future of the world, they want to start a youth ministry geared to help teens grow into confident and responsible adults. Together, they want to find their niche in blogging.

Thank you so much you two for this adorable nomination. The photo symbol looks good enough to eat.

Looking Up With Love

Ever since the morning Al fell, his walking has gone down hill very quickly. I looked him over and saw nothing but a red spot where his head hit the closet door, but no swelling, no blood, but yet my mind keeps wondering did something happen, or is this just coincidence.

Al has come to hate Cali, the kitten. I should have known better, but instead I was innocent. Believing in the laughter seeing her play, the petting of her that can become so relaxing, and just watching her, hoping to take his mind off of his pain at times, but he hates her, and I have to sadly admit, I can see why.

She likes Al. She does everything in her power to show him that she likes him, but the way she goes about it is destroying him. She gets underneath his feet when he is already struggling to walk, and causes his legs to freeze even more.

When you have Parkinson’s you don’t want to have to stop and start, stop and start with walking. Once you get your feet to move, you want to make it to your destination. I don’t think Cali, had anything to do with Al’s fall the other day. I believe he would definitely have told me. She also gets under his bed and he is afraid she will destroy important papers he has placed there, and then he cries.

This morning, he came out of his room and I saw what Cali was doing. Either she was under his feet letting him know she was happy to see him, or she would lie right in front of him on the floor all spread out, saying pet me. He stood there, with his legs bent more than ever, and just started to cry. He said, make her stop, I don’t like her anymore, and then I chased her far away from  him.

The shower girl was here and she actually had to hold him up because his feet would not move. She asked him if he wanted to wait a few minutes to take his shower until his feet started moving better, and he nodded yes. The two of them came my way and just as they got in front of me, I saw it. His boxers were soaked. I mean drenching soaked.

I immediately said he is going to have to shower now, and told her what I noticed. Why she didn’t notice when she was standing right beside him, or smell the urine, Lord only knows. I asked Al what happened, and he said he had tried to get out of bed to go to the bathroom three times last night, and his legs would not let him move, so he had no choice but to pee the bed and his boxers. He started to cry again, and I said why don’t you take the urinal to bed with you, then you won’t have to stand up, you can sit up in bed, and he said alright, that he had not thought of that.

I felt so bad for him. I can only imagine his embarrassment when he had to tell me what happened and that he had peed, but I tried to shrug it off, making him feel that there were other options and it was an accident, but inside, I was thinking, crap, now I have to do a whole bed change. I can be sometimes mean-spirited inside, but will not let him see that it bothered me.

So, in the end, between the kitten making Al’s life more miserable than it was, and the freezing getting worse, and the pee in the bed and on him, I called the lady who gave me the kitten and asked her to please take her back, and she said yes, and will be here this evening to get her. I feel bad, I love Cali, but I love my brother more.

She was sitting on the swing, that was surrounded by many weeping willow trees. Her feet

slowly moving back and forth, giving the movement a mere whisper for anyone to notice. Her head bent downward, and tears falling from her eyes, as the funeral home was here picking up her father who had passed away only moments before.

Grief gripped at her heart and tore it wide open, letting feelings of sadness and dismay pour out. Her father had been her idol her entire life, and now he was gone. Only early this morning, she had held his hands and used her soothing words to comfort him. She knew the pain that he was suffering, but she also realized her own pain that was rising up over the boiling pot, had to be much worse than anything he could be feeling.

He could not do this to her. He had rescued her when she was but a little child. When she looked up into his eyes, and he smiled at her, this assured her that he was all she needed in her life.

With him, there was security, and love, a child and a father’s love. There was nothing more important to this child, than being with her daddy. He was Superman, capable of fixing everything that breaks little girls heart, and now he was gone.

As she sat swinging, she looked out over the trees, and asked God why he had taken him from her. She had grown up to believe that God was a good God, and he could fix pain better than even her own daddy.

Who would be her hero now. Who would she turn to in times of grief, or run to with good news, only to know she would see the smile that made her feel so secure and needed. She heard many birds up in the trees singing, and she felt angry, as she didn’t want them to be celebrating his pain being over. She wanted the world to quiet and feel her own loss.

The hearse came and the hearse left, leaving behind the screaming, for only herself to hear. She got up out of the swing, and casually walked to the water’s edge, and watched the reflection of herself in the rippling waters, asking the shadow who she was. For what she saw was a tall woman, who carried herself with a grace all of her own. She saw her own eyes looking back at her, but could not find the tears, the same tears that were dripping from her own eyes.

As the water softly moved she imagined herself lying on top of it, floating out to bigger waters, being lifted by God, to go to where her daddy had gone. She searched and waited for a sign that told her it was alright to step into the dark shadows and drift away, but no sign came.

She let herself fall gracefully to the ground, her fingers entangling with the soft blades of grass. She buried her head close to her body and she wept a daughter’s grief. She poured all of her sadness and pain into the black earth, until there was left behind nothing but dry dirt.

It was over, be strong, be courageous. You are the eldest child, there is much to be done. She pulled herself to an upright position, and using her arm as her blanket, she wiped the tears from her eyes. She looked out over God’s beauty, having found no answers, and stood up and walked back towards the house. She found herself alone, as she walked the old too familiar path of the grounds.

No one was in the house and she slowly picked up the phone and started making the calls to inform others of the sad news. Life does move on, but it takes time to heal. For some, kick back is smoothly running, and for others the grief still remains ever-present.

Filling the void, left in the heart, is a chore, and sometimes hidden behind faces, waiting for a day to fully grieve the loss, only to be found still carrying this heaviness many years later. Well wishers and foods came and went, and once again, she found herself, thinking of her daddy wondering what she should do next. How would he be handling something like this if it had happened to him.

Then she snaps into reality and realizes he didn’t know how to deal with pain either. Many times she had visited him to find him sitting on the swing, gently using his  feet to move the swing, staring off into space, and looking closer, you could see the feelings that had risen in a man’s heart, with after flow of tears falling. This  was what he had felt, and this is how he reacted when he lost his own wife in earlier years.

The trickling effect of life being born and ending, had made its way down the path of a family generation, and now it had stopped here, marking its territory on the only children left, the last of the generation.

Life moves on, smiles come and go, chatter still continues, but the void left behind in my own heart still burns with pain. I love you daddy and I miss the comfort of you being near me. I hope you are doing fine up there in heaven. Give mom a kiss for me, and in no time at all, we will all be a family together.