Except for one day last week when I made a quick run to the gas station for bread and eggs today I got out. Yeah! Fresh air. I breathed in deeply letting the crisp air come into me. There was plenty of sun and it was a high of 32.

It felt like the best medicine I have had in two weeks. The first thing I saw when I went outside of my house was a black squirrel looking for food. I went back in and grabbed a hand of peanuts and tossed them at him. He didn’t run away. I think he is getting used to my hand throws.

The next thing I observed was a bird. Yes it sure was. I stopped dead in my tracks and listened. It was a Spring bird. Yes Spring keep on coming!

Oh how I love the smell of Spring

When all becomes so new

A bird does sing the sun does shine

And takes away the winter blues.

I had made some pumpkin bars and a chocolate cake. Why? I don’t know, something to do. Something to take to Al today. I cheated and had a nibble here and there through-out the evening.

Today I grabbed my plate with the goodies and headed straight for the nursing home. I didn’t let Al know I was coming ahead of time, in case my planned visit backfired with my health.

When I walked in it was lunch time and I spotted him immediately in the hall. It brought back memories of his Parkinson’s Disease as I watched him trying to stand. He had gotten his walker out into the hall and then his knees buckled and he was frozen in his motion.

It was a long hall so I was able to observe the whole movie clip. A nurse aid was holding the walker so he could sit down but his legs would not bend. They worked together and finally he was seated. I arrived just as the nurse was giving him one of his pain pills.

Finally his legs kicked in and bent over he walked down to the dining room with me by his side. We sat at his table and he ordered his food. He chose a chicken sandwich, mashed potatoes and peppermint ice-cream. Drinks were ice water, juice and hot chocolate.

It took him a half an hour to eat his lunch. He said it still feels like something is stuck in his throat but that the mechanical soft diet was helping. I did see him struggle quite a bit trying to get the two-handled cups to his lips. I don’t know how to help with this so if anyone has any ideas, let me know. He can pick up the cups with both hands but lifting them to his lips seems to be very difficult to him. Then tipping the cup up enough to get the liquid in his mouth was worse. Straws have already been taken a way from him as he can’t release the straw from his lips, so this idea is out.

I saw that at least for today his tremors were in full swing. Several times he would be trying to take a bite of his sandwich and the tremors would shake the bun so badly, that it crumbled down his lap and onto the floor. He at least got the protein though, but I felt so bad for him but said nothing.

We talked about everything I could think of. I noticed that he barely blinks. Everything he said to me was in a complete stare. I tried when I got home to sit still without staring and I could not do nearly as long as he could.

He was in a pretty good mood which I was thankful for. There were no tears. He was going to be going out with the providers that help him to get out of the facility for a while two times a week and I am sure that helped his mood. He was going to the one store that he loves that sells coke vintage items. Then they were going to the Dairy Queen where I had given him a bogo coupon for blizzards.

I talked to him as long as I could and then helped him to get his coat on so he could take off. I waved good-bye and swallowed the lump in my throat as I watched my baby brother leaving.

I stopped at the grocery store for some groceries. I didn’t want to stay long because I was beginning to feel worn out. I had been in there about five minutes when all of a sudden I felt like I was going to pass out. Then I got sweaty and shaky. Oh no, not now. I knew then it was my sugar levels. They had become too low. I frantically looked through my purse and found a bite size Hershey bar so I popped that into my mouth and then just prayed that I could get through the store and home. God answered. I walked faster and did make it home and immediately ate.

All in all it was a good day. A sure sign of Spring through the birds. Sunshine and seeing Al. Replenishing my cupboards. It all made my day. 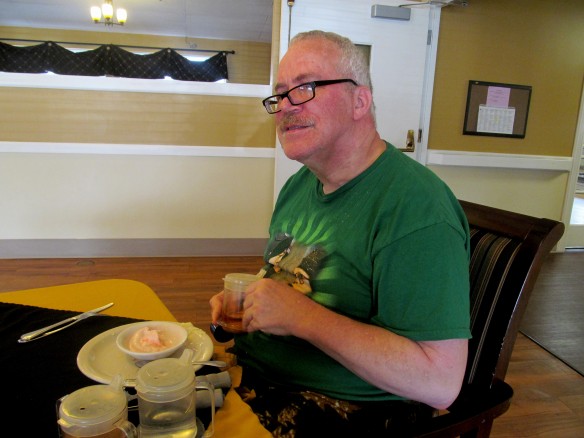 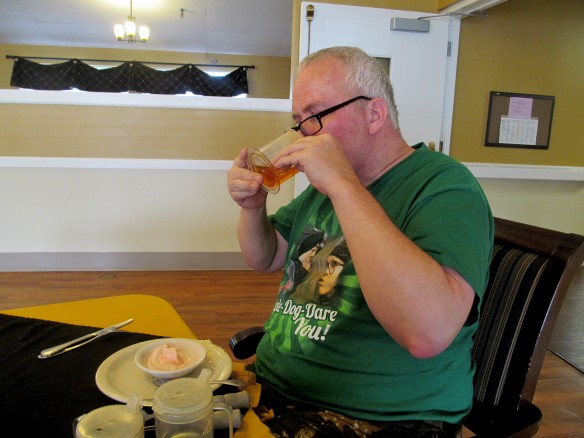 41 thoughts on “My Release”