Is this a test?

Oh this is not a test?

This is real life?

Really can be rude and obnoxious?

I thought in the Medical Field

People took an oath to treat

Others as they would

To give the utmost respect

To have a compassionate heart

You mean this doesn’t happen everywhere?

I wonder how many others

Didn’t know as I did not

This is really a joke right?

Am I on Candid Camera?

Where is the hidden camera?

Tears are falling from my eyes

Can you see them Administrator?

You have hurt my feelings

You have treated my blood brother

As though he were nothing special

Don’t you see how badly this hurts?

Can you not see my heart bleeding?

Spilling red onto your whitey-white shoes

I have been with him for 56 years

You have been with him 4 months

I know him better

I know what hurts him

What causes him pain

Please do me and yourself a favor

Go back to the school you came from

Go back to where it teaches

Take a second look at him

Half of Me Stood Still While The Other Half Went Off

Half of Me Stood Still While The Other Half Went Off

I just got off the phone with Al‘s facility. I talked to the nurse. Al has been on my mind more… I just got off the phone with Al‘s facility. I talked to the nurse. Al has been on my mind more than usual and I just felt something was wrong. Of course they never made the attempt to call me and tell me he wasn’t acting himself. He refused to go out of his room. He refused all activities. The only thing he did was going to meals.

I stopped her in mid-air and said,”No the reason he is quiet is because he feels threatened once again. You were in his room searching and then you brought someone else in to search again.”

She said,”We needed to find the money.”

“No, you needed to call me first. If you would have made me the priority you would not have had to search because I did it for Al. The money is gone. I knew it, Al knew it.”

“He had several codes he was breaking.”

“He had weapons. He had a pair of nail clippers. He had small screwdrivers in a coke can.  He had candy on the floor.”

“The screwdrivers were to  use to take backs off and I will take these home tomorrow when I come. The candy is not on the floor, the basket is. If he has to keep the candy on the bed, then he has to get up from the recliner each time he wants a  piece. The nail clippers..”

“We already took those a way from him. If he wants to use them he will need to ask us.”

“Oh, so he can use them with supervision, is that what you are saying?”

“No, he is a diabetic. He needs his nails trimmed professionally.”

“I see, so you are going to keep them and he can use them if he asks for them but then you won’t let him have them because they need to be done professionally. Why wasn’t I called first?”

“We wanted to see if we could find the money first.”

“Bad reason. From now on there will be no searching unless I am present. Period. You say he is quiet. Yes I imagine he is. The only things in life that matter to him are his cars and coca cola. Every time I turn around you are sending something home with me that is his. Of course he is wondering what you are going to take a  way from him next. He isn’t like you and me. He doesn’t have a spouse or kids. He has no job. He can barely walk. He is here instead of having freedom like you and me. All he has is his collections. Your facility has made it very clear that if anything comes up missing you will not replace it, so why do you give a hoot if a car or money or anything comes up gone? Let him have his loved items. If it comes up gone then it is his loss but he enjoyed it up until the missing time.”

“Oh, I see you don’t care if his stuff is stolen.”

“Yes I care but I care more about Al’s feelings and attitude. He is very sick. I am tending to think more about keeping him calm and as content as possible. Those cars and coke things can be replaced. He can not.”

That was our conversation. She ended it with, “I will call the S.S. lady and tell her what you said.”

I wished her a good day and said good-bye.

Please Let Him Live in Peace

Please Let Him Live in Peace

First Joy of the Day 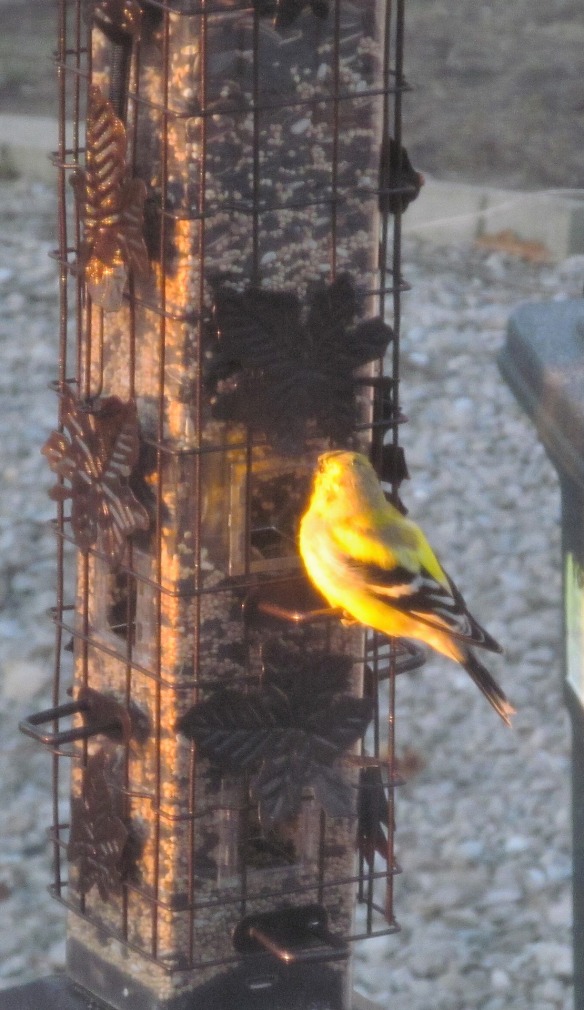 First Joy of the Day

I wake up to the furnace

Running to keep me warm

I look at the frost on

Yesterday after the result of finding or not finding the five dollars missing from Al‘s wallet it didn’t end. Not only did I have to leave him with big tears of non-understanding from where was his money and why did someone take it, but it got worse through the evening.

I received a phone call after hours from the Social Services Director. She had gotten wind of the missing money. I am not sure what promoted her to go through his entire room but she was calling me to let me know she played investigator.

In front of Al and I am sure he watched her every move she went through all of his drawers and his collections on his bed side table and in the window sill. She told me she picked up one of his coca cola cans that is vintage and shook it. Why? I don’t know. She heard a rattle so she tipped it and found three small screwdrivers inside.

I didn’t know they were there. She said these were weapons or could be used as weapons. She also saw that he had fingernail clippers and those could be dangerous.

I admit if he tried to clip his fingernails with his tremors he could hurt himself. She demanded that I remove these and the screwdrivers. Al always used the tiny screwdrivers to take backs off of his collection pieces that used batteries. They obviously had been there the entire time that Al has been there.

I will go and get them. I guess I see her point but it was the wrong day to be in his room after the money loss. Then she told him she didn’t want his Easter basket of candy sitting on the floor. I saw the basket sitting beside his recliner yesterday when I was there. It made it very convenient to lean down and grab a piece without having to get up out of the chair.

She said he had too much candy. That is when I started to become a little defensive. I know, I may be too protective of him. I look at him different from they do. I see that the only things Al enjoys in his life are his coca cola collection and food. I purposely made him an extra-large basket of candy because I knew he would enjoy it so much. At this point of his disease I don’t really care how much candy he eats.

Yes, I realize weight is an issue with us. I know he has heart problems, but he has Parkinson’s Disease and terrible pain 24/7 and awful tremors. When are we going to just say “Pick the Battles”. Do we need to nit pick him constantly? Invade his room for weapons? Tell him about how candy will make him fat or not good for him? I am past that point.

Maybe I shouldn’t be. Maybe I should be even more on him to keep him healthy but for what? He is not happy. He is miserable. He has dreams about God taking him home. He prays to die. I don’t give a rat’s ass anymore about petty rules. Let him eat his darn candy. Let him alone, please.

I wake up to the furnace 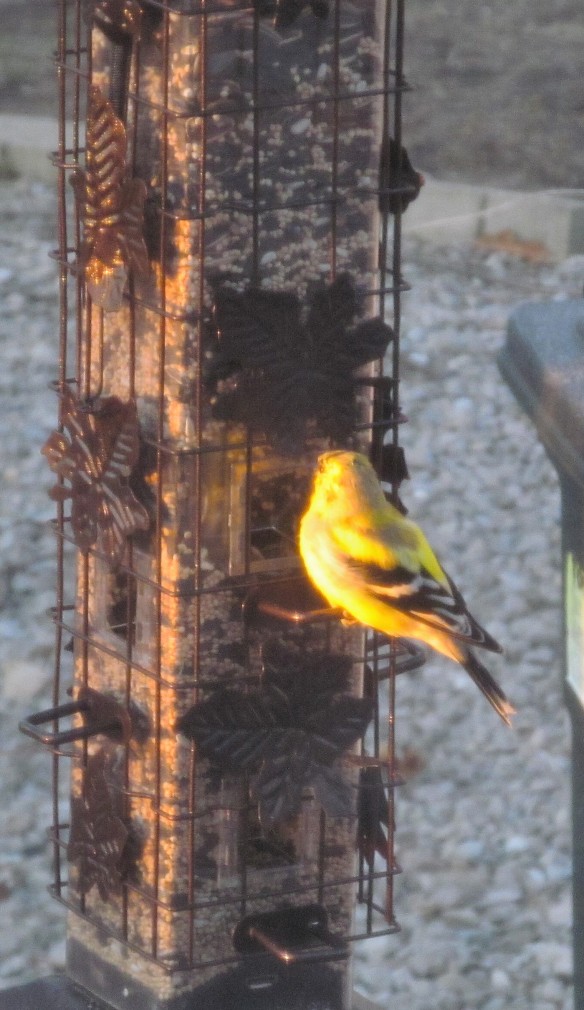 Running to keep me warm

I look at the frost on

The ground is covered

But the sun is shining

The skies are blue

All of a sudden

In the quiet I hear

Chirp of an old friend

I grab my camera

In hope of capturing

The beauty of him

He looks at me

With those tiny eyes

I think he sees my lens

He must be proud

Of what I want to do

As he sits very still

Be careful little one

Let me get you focused

You are the first

To place the smile on my face.