I may be 6 days late in advising that this month is dedicated to Parkinson’s Awareness.  But…better late than never.

I have plans for this month, to try to bring awareness of this disease to my Community, and anyone and everyone that will listen.

I am a Caregiver to my Momma who is in Stage 5 Parkinson’s, I have watched the progression of this disease for about 10 years now.   At times, we were never sure what “Stage” Momma was in,   We are very clear now, though what stage she is in.

The funniest thing about this disease, is it, does not affect every person the same.  There is no manuscript or instruction manual on how to proceed.  Most times, we fly by the seat of our pants, especially at this stage.

I have talked with many different people about the disease.  Most people, who have never dealt with it…

I haven’t posted since earlier this morning for two reasons, maybe I should say three. 1. To give you all a break from my frequent posting. (I’m sorry, I can’t help myself. I guess I am a chatterbox.)

2. I did some remodeling in my living room and that took the bigger part of the day.

3. I received a phone call this morning from a nurse at Al‘s facility. This call has been on my mind all day. Let me tell you something, there is no rest on the weekends for the wicked. Except I am not wicked.

At 1am in the morning someone noticed Al was not in his bed. They went to his bathroom and he was on the floor. The report was that he was on hands and knees so they didn’t consider this a true fall. They said he was fine. She told me he had a small rug burn on him.

I am thinking small as in the small bruises that he received two weekends ago when he fell. Those bruises were the size of peaches. I kept fussing with myself whether to go in or not to see him. I was wrapped up in my home project and they told me he was fine.

I did not end up going but there is part of me that wishes I did. Tomorrow I will be in there for sure. The nurse told me that Al got rude with her. I hear this word quite often, rude. Al’s mood and personality has seemed to change these past weeks. He smarts off they say. He is rude I hear from them.

I called a good friend of mine who has a family member who has Parkinson’s farther along than even Al. I asked her if this could happen, the personality change. She said absolutely yes. Caused from PDD, Parkinson’s Disease and Dementia.

She said that he may have said it and then possible later he wouldn’t even remember it. I know different times I have scolded him for his rudeness and he starts crying immediately stating he never said anything like that at all. I back off because I have no proof one way or another.

The strange thing to me about the call is I don’t like being called 8 hours after the fact. I have told them repeatedly to call me as soon as they know he is stable. I don’t give a hoot if it is in the wee hours of the morning or not. I want to be notified. I want the choice to either go in or not to check it out. This is not the first time this has happened.

His last fall they told me almost 48 hours later. The other thing that bugs me is how in the world did he get a rug burn? The only rug or carpet in the whole building is in the hall. This has me puzzled if he was on his hands and knees. Did he fall and was trying to get up? Did he go head first like he usually does? But still, how did a burn come on him.

The nurse told me that he told her he wasn’t going to  use his call light anymore because he waits so long for staff to help him that he pees his pants, and he gets very embarrassed when he wets himself. The wetting himself is happening more and more often. I don’t think it has anything to do with Al holding it or not. I think it is the PD.

I have asked before about putting a Bed Alarm on his bed and his recliner. They declined my suggestion stating Al doesn’t want it. They think he will become agitated and cause more rudeness or attitude for them. I say get the alarms and use it. The loud noise may scare him enough and remind him to put the call light on. He does forget to use the light. This has been an ongoing issue for some time.

I asked his neurologist about it last week and he said Al doesn’t want to fall intentionally. His Dementia is causing him to forget. In Al’s mind he just assumes he can walk so he gets up and tries.

Monday morning first thing, I am calling Al’s doctor and telling him about the falls that are happening more and more. I am going to ask him to write a doctor’s order for bed alarms. I have no doubt he will do this for me and Al’s safety.

Why did they wait so long to let me know…………Sorry friends, I am still upset over this. Tomorrow a new day, a new challenge, and a promise of hope.

Tin Soldier, Eminem. I Am a Toy Soldier

Who is this stranger

In front of me

The wicked tongue to see

I do not know this person

Eydie Gorme – What I DId For Love

Eydie Gorme – What I DId For Love. 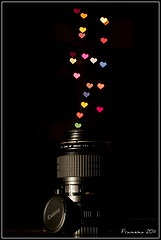 Eydie Gorme – What I DId For Love