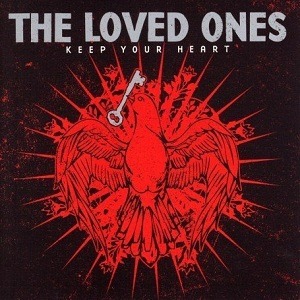 Snoop Lion ft. Drake and Cori B, No Guns Allowed

Snoop Lion ft. Drake and Cori B, No Guns Allowed.

Snoop Lion ft. Drake and Cori B, No Guns Allowed

Henry raced over and jumped on the bed to the other side. There lay Kurt on top of Jane and he was smacking her in the face. He had her blouse unbuttoned, and flesh was poking out from her bra.

“You son of a bitch. Get the hell off of her right now.” Henry grabbed a hold of the back of Kurt’s shirt and yanked him as hard as he could. Kurt reached around and swung at Henry missing his jaw.

“This little girl has to be taught a lesson. I don’t approve much of liars, and she is going to learn to never do it again.”

“I said get off of her, right now.” Henry grabbed his shirt again and this time knocked Kurt backwards. He fell off of Jane and ended up smacking his head against the wall. Henry picked him up by his shirt and belt and threw him up against the wall. Kurt’s head slammed into the wall pushing a piece of the wall inwards.

He reached for him again and picked him up and threw him on to the bed. He began to punch him in the gut and hit him in the face. When he ran out of energy he knocked him onto the floor with his feet.

Kurt could barely stand. Henry left him lay there long enough to check on Jane. “Are you alright? Did he hurt you?” He helped straighten out her clothing and gave her assistance to sit on the bed. He checked her out as good as he could. Seeing she was physically stable, he went back to where Kurt lay and helped him up by the seat of his pants.

He shoved him to the front door and then kicked him out. “Don’t you ever step foot on this property again or I will call the cops on you.” Kurt rubbed his jaw and tasting blood turned back around and said,” I ain’t done with her yet. She better watch her back.”

“And I will kill you if I see you around her ever again. Now get the hell out of here before I change my mind and give you another round of my fist.”

Henry watched as the man left in his car and then remembered his Mom. He ran into the kitchen where she was sitting at the table. Smoking a cigarette she asked,” Who in the hell was that? He came in here so fast, he knocked me over because I evidently was in his way. I turned around to tell him to get out, but then down I went. He is lucky he didn’t break any of my bones.” She rubbed her cheek and felt the back of her head, making sure she was alright.

“Mom, I’m sorry you had to be a part of this, but I have taken care of everything.” He walked over and gave his Mom a kiss on the cheek then left to go check on his wife.

She was laying down when he entered the room. He walked over and sat beside her. “Are you sure you are alright? I don’t think he will ever come near you again. I think he learned a valuable lesson when it comes to messing with my woman.”

Jane touched her lip and felt pain but didn’t see any blood. Henry could see one of her eyes beginning to turn dark. He left the room and then came back with a piece of frozen meat. “Here, put this over that eye. You’re going to end up with a shiner if you don’t.”

She laid it over her eye and felt her ribs with her free hand. She winced from pain. “He scared me to death Henry. I thought he was going to kill me. What made him go ape on me like that? Why me?”

Henry looked at her but he didn’t want to tell her how he had thrown the first punch. He said nothing and she asked him again. “Jane, just don’t worry about nothing. It’s all over now. Why don’t you lay here and get some rest. I am going to go check on Mom again.”

Jane rolled over on her side and again winced from pain. Henry covered her up and then left her to rest. He walked back to the kitchen and saw his Mom still sitting there. He then went out the back door and sat on the steps. He lit up a cigarette and sat there inhaling and enjoying each smoke ring he made.

He knew he had lost control. He realized that he had acted before thinking. Jane would be so mad at him if she knew that he had provoked all of this. She could never find out. He finished his smoke and then went in and told his Mom that he was leaving for a while.

He drove around town and then out to the lake. He sat in his car looking at familiar spots he and Jane had been at. He thought about Jane and the new baby coming. He thought about his Mom and then he thought about the hole in the wall. He started the car and headed for the hardware store to get items needed to patch the wall.