By noon this morning I had received two text messages from two of my kids telling me Happy Mother’s Day. On my way to go see Al I stopped at the mail box and got my mail. Inside was a beautiful card from my daughter who lives outside my area. There was a very useful gift card inside. I had never received a gift card and felt a little embarrassed when I had to ask my daughter what to do with it.

She called me this afternoon and wished me a Happy day also. Then tonight I heard the door bell ring and there stood my one son’s better half and their two kids. They brought me a card and a pretty necklace.

I felt pretty darn special, let me tell you. It was real nice to have one day off from the bad crap I have been dealt with this week.

When I saw Al today it was a complete turn around. No, he still has Parkinson’s, but his attitude and personality was wonderful. The new anti-depressant patch had obviously worked. He cut up with jokes with all the staff that walked by.

He talked to me about different shows he had watched on TV last night. He even did some embarrassing things at the dinner table like farting. Each time he did it he just giggled. It was making my face turn red but he was really enjoying his musical talent.

The only thing that bothered me besides the toots was his one hand. All five nails were gray and stayed that way the entire time I was with him. Inside where I can’t see the Parkinson’s is doing its thing. I tried for the most part to ignore and not keep glancing at them. His other hand was normal color. I don’t know what that meant, one being gray and 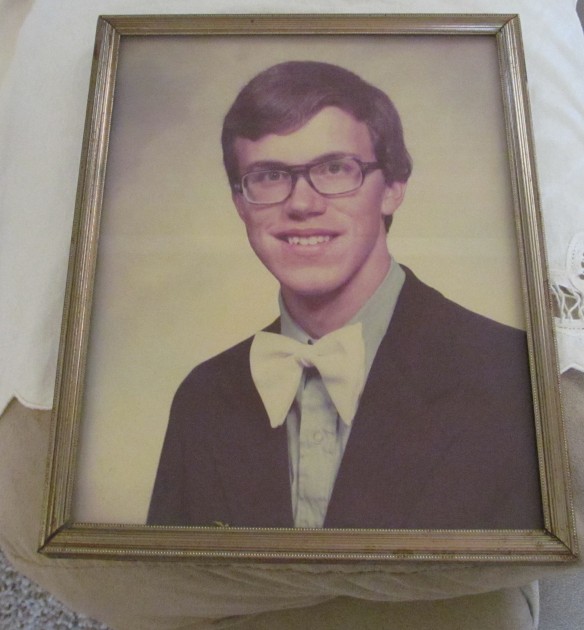 the other hand pink nailed.

We had a good time. I took him soda and snacks for the week, and he sent me home with raisins and miniature snicker bars. He couldn’t get them opened by himself and when the aids helped him he couldn’t chew them. His jaw must be weak or his mouth or his chewing is becoming weaker. I know that he still chokes on foods so no more gooey snack foods for him.

So far we have taken out of his foods, any kind of stringy meat like roast. We have taken out jello because the tremors won’t allow him to keep it on the spoon. French fries have to be monitored if he eats those. Milk only once a day because of choking. Cake icing seems to get stuck in his mouth, so I monitor this. He can’t have any kind of white meat chicken, and all meats have to be ground. Most meats even ground are starting to make him choke. We are training him to take a drink after each bite of meat.

I stayed with him until he fell asleep in his recliner. About an hour ago I got a call from the facility. He fell again. No one was in his room, and according to the nurse, he must have reached behind him and unhooked the bed alarm and stood up to go to the bathroom. He walked three steps and fell hitting his back on the corner of the bed. She stated there are no bruises and no scrapes.

I was calm, and I do know that I have seen Al stand up and head for the bathroom and I will instantly ask him what he is doing. He says going to the bathroom. I ask him if he is supposed to be walking and then he says he forgot and sits back down. I always sigh a deep relief because when he stands it is only seconds and he is down. I think it is his Parkinson’s/Dementia causing him to think he can walk.

I hope he will be alright. My internal alarms are on alert basis now. Not only from the fall but it seems about every two weeks we head to the ER from more of those internal tremors in his heart and chest, and it has been two weeks. I am keeping my fingers crossed on this one.