Henry went to the time clock and realized if he had been a minute later, he would have been reamed from the boss. The bowling ally was noisy tonight. Someone was having a birthday and the party was in full swing when he got to work.

It seemed like all the guests had started their drinking before they got there. As he was leaving the snack bar with a bottle of coke he heard one of the guys yell his name. He turned around and saw a guy  he had gone to school with.

He hadn’t ever cared for Judd. He was a guy who never fit in anywhere. Came from the bad side of town and was always trying to show how tough he was. Rumor was that  his parents couldn’t afford to pay for his books or clothes his junior year so he dropped out. A drop-out, a loser.

Henry saw that he was with the party and that he had a bottle of beer in his hand. Same old Judd, obnoxious and loud. Kurt nodded his head and waved in his direction and then went back to work behind the pins.

Jane woke up to loud words. She jumped up off the bed and winced a little at the pain she still had. She ran out to the kitchen but didn’t see Carol anymore. Racing from room to room showed her that no one was in the house.

She went to the backdoor and as she was about to go out she saw him. Kurt, that bastard was back. This time he had run straight into Carol and she was chasing him around the yard threatening to beat the shit out of him with her cast iron skillet. “You son of a bitch. Get out of my yard, stay a way from my house. You are not wanted here, you hear?”

Jane didn’t know whether to go out and try to help or start laughing. To see this little old woman chasing this bully around her yard was a total blast. Carol was doing a good job of chasing him off so she decided to stay behind the door.

Kurt dodged her skillet and made it back to  his car. Carol turned to come back in the house and saw Jane standing there. She pushed past Jane saying nothing. She put the skillet back on the stove and made a fresh pot of coffee.

Sitting down at the table she caught her breath. Straightening out her hair the two sat at the table waiting for the coffee. “What happened Carol? How did this happen?”

“Well my friend, it is obvious he came here to talk to you. You are my son’s wife so I will respect you for his sake, but I warned you I didn’t want any trouble here at my house.”

George came walking into the kitchen. He had just gotten off of work. One look at his wife and then glancing at Jane he asked,”What the hell is going on here?”

“Oh one of Jane’s friends decided to pay another visit here, and I was just asking him politely to get the hell off our property.”

“Another visit? He was here before? When, today?”

“Yes today, he was here earlier and this kid named Kurt and Henry got into a fight. Busted a hole right in the bedroom wall. Henry took care of him. He promised me we wouldn’t have anymore trouble, but I guess he didn’t beat it far enough into the kid’s head.”

The coffee was ready and Carol got up and poured a cup of coffee for herself and George. George looked at his wife. He  could tell she  had done a good job of chasing this guy a way and then looked again at Jane.

“Jane, I know you are new here to our home. I know you love our son, but we just can’t have those kind of problems going on here. Carol says this didn’t just happen once but twice, and in one day. I just can’t let my wife be upset by this type of thing. I am sorry but you are going to have to leave our house. I am sure you  can find another place to live.”

“But George, I don’t have anywhere to go. Where will I go? Where will Henry and I go?”

“Oh Jane, Henry will always have a place here. This is his  home, but you, you have drug the kind of people we don’t want here. I would appreciate it if you start to make arrangements now.”

Jane just sat there with her mouth dropped. Tears began to fall and she started stuttering,”please, George, I don’t even know this guy. He works down at the gas station. The first time I went in with Henry I had trouble with him. Why, he even followed me to the bathroom.”

“I’m sorry Jane, I just can’t have this here. Please go and pack.”

To My Grandma; A Card I Created

To My Grandma; A Card I Created

Grandma I know I am guilty

Of not being here enough

I find myself involved

With way too much stuff

Daily Prompt; Ripped Into the Headline

Daily Prompt; Ripped Into the Headline

Write about something that happened over the… 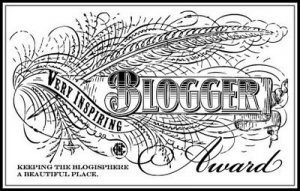 Summer has introduced me to this beautiful peaceful award.

Grandma I know I am guilty

Of not being here enough

I find myself involved

With way too much stuff

But I just want you to know

That I do love you so

You are the best in the world

As far as Grandma’s go.