Weekly Photo Challenge, Theme of the Week/ Post a Day

Weekly Photo Challenge, Theme of the Week/ Post a Day

Sea. What kind of emotions…

Grandma stayed to herself. She had raised her family and when the time came she took care of her…

Sea. What kind of emotions does the sea or ocean make you feel? Do you remember the first time you went in the water? Had a wave crash on you? Felt the sand burn your feet? Do you feel more peaceful around water? Do you hate the beach? What’s the most interesting thing about the sea for you?

Lots of questions, lots of interpretations. Show me the different sides of Sea with your contribution! 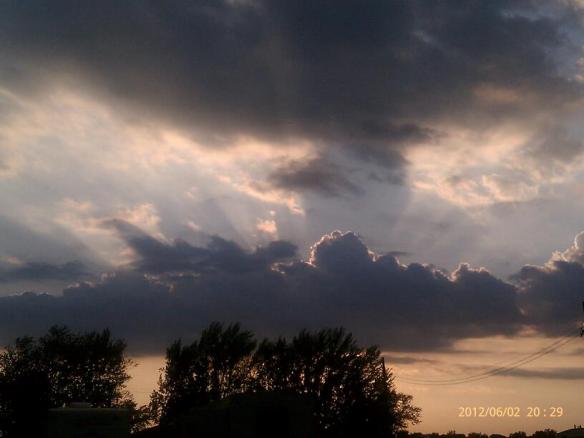 Grandma stayed to herself. She had raised her family and when the time came she took care of her husband. Her children were grown and lived miles a way from her. Oh they paid visits. Thanksgiving, Christmas or birthdays. Once in a while they would call on the telephone, but Grandma became frustrating to callers as she refused to wear her new hearing aid.

Soon the house became quiet. The telephone didn’t ring. The visits became more yearly with a card being sent at birthdays. Grandma had her fifteen year old cat, Sam for company.

Each week the closest neighbor and friend came to help Grandma fill her medicine box. Sara took Grandma to the grocery store when she went. Through the week days Grandma could be seen by neighbors using her cane and walking to get the mail.

If anyone was about she would stop them and ask them if they would like to come in for a quick visit; but kids are scared or unfamiliar with elderly so the answer was always no. The mail lady would chat with Grandma for a few moments but that was about the high light of her day as far as conversations go.

One day it was a beautiful fall day. Grandma wanted to sit outside in her back yard and watch the colorful leaves fall to the ground. She went through her back door and grabbed her lawn chair and scooted it to the precise point she thought she could get a good view.

She was enjoying herself. The breezes were nice. The air was warm but not humid. All she needed on was her cream-colored sweater. A gift from one of her children one Christmas.

She caught herself dozing off and soon decided she better get inside. Sam was going to be expecting his dinner and she needed to think about getting a bite to eat for herself also. When she tried to stand up she realized she had sat too long. Rising from the chair was not as easy as sitting down was.

The last time she rose the chair went with her. She lost her balance and fell to the ground with the lounge chair toppling over her. She caught her breath and  felt a small pain in her left hip.

She tried pushing the chair off of her and with great effort finally got it to lay on the side of her. When she tried to roll herself over to make an effort to try to stand the pain in her hip kept her frozen in spot.

She immediately looked around but this time there were no kids to be seen riding by. She was in her back yard. The sun was showing that it must be around four in the afternoon. She tried scooting herself but the pain was too great.

She lay there praying. “Dear God, please send someone to help me. Let someone see me laying here.” Minutes turned into hours. Shadows began to show on the branches of the tree.

She began to weep. Fear started creeping in. No one was going to find her. No one knew she was here. She lay there still and kept praying.

Someone was watching her though. From inside the house sitting on the window sill was Sam. Sam knew his master was in trouble. He mewed and flipped his tail. He jumped from the sill and went to the back door. He could see her but he could do nothing but howl.

Sam went from window to window. When he could jump on the sill he would and sit there howling. When he realized nothing was happening he repeated his steps, stopping to look out at his master.

On one of his stops he noticed that the window was open. He jumped up on the sill and sat there staring out the window. Soon he saw kids, the familiar kids that Grandma spoke to often.

He mewed and cried but they didn’t hear him. He rearranged his body and from the depth of his soul he howled like a lioness high on a mountain. Here are the wild cries the kids heard.

The kids came over to the window and were taken aback by the wildness in Sam’s voice. They got off of their bikes and crept a little closer. Sam jumped down and ran to the window where he could see his master. No kids came with him.

He ran back to the window where the kids were.

He mewed again as loud as he could and then jumped back down and went to the other window.

After doing this three or four times the kids finally decided to follow the cat.

When they arrived they saw Grandma laying on the ground.

They reached  her and kneeling down saw her look into their eyes.

” My hip hurts a little. Can you go and get some help please?”

The boys stood up and raced to the front of the house. They got on their bikes and flew home as fast as their pedals would move.

They ran into the house screaming at their mom that the lady down the street needed help.

The ambulance came quick. People gathered to see what was happening. The boys stayed near by to make sure the lady would be alright.

Grandma was treated and released back to her home with only bruises and mild pain. She was a little sore but God had answered her prayer. Nothing was broken and she was safe inside her house once again.

The beauty of this story is that within a week’s time Grandma met the mail lady and chatted a few moments before watching her leave. She saw the boys who had saved her life. She asked them the familiar question. ” Would you boys care to come in and have some cookies and milk?”

” Yes, mam, we sure would. We were just saying to each other we were hungry.”

Grandma smiled as the boys surrounded her walking back inside together. They all sat at the table smiling and laughing. The kids made Grandma feel young again. The boys felt like they had a second grandma.

You must first read this one below before I will tell you how I became a carnapper.

Haha.. I remembered how the same thing happened to me when I was taking up my doctoral studies.…

I Can Never Say Thank-You Enough to My Friends