Al was admitted to the local hospital this morning. I was told that since most medications they use have the reverse reaction for Al, they wanted to admit him so he had a bigger team to work with on getting the right combination of medications.

I just called up there to check on him. The nurse says he is very anxious. She was getting ready to go in and give him something. The hospice nurse is trying to talk me into having Al admitted to a nursing home after his stay at the hospital. I refused. I told her I had done that before and it was not a success because of the large lack of understanding and recognizing MSA.

She then tried to tell me it must be too much for me since I was saying I was too tired. That maybe a nursing home would benefit him. I got very offended. Of course I am tired. For two days he has not slept, so neither have I.

Getting the right combination of medications makes it easier for him to relax enough to sleep and then I get some sleep. Would I like to have more sleep? Yes, who wouldn’t? But I can go on fewer hours per day but I can’t go on two days with none.

I have an excellent helper who happened to have today off. I had asked Hospice for a volunteer to come sit with Al so I could sleep. I was told that volunteers can not change him or give him medicine, so I passed on that suggestion. I would have to stay a wake.

To me this all boils down to Al is contracting causing more pain. When the pain is out of control he is going to be more restless and less sleep. But I look at it as a temporary thing that can be fixed.

So no, I am not placing him. I am a good sister and a good caregiver. With my helper I will keep him at home until he passes. The nurse told me Sunday she thought he was passing. She thought he was having restless syndrome which is right before the death.

The nurse today told me she sees no signs of Al passing. That he was just upset because he was hungry. She said he may have a few months to go. I wish they would stop. Just stop guessing. My  mind has no other route but to follow what the nurses say. To hear that he was passing automatically set my mind to thinking, oh my gosh, our time is so limited.

Then you hear he may have a few months. Oh good, he will be here for Christmas.

I want my brother with me for as long as possible. But if he is constantly going to be in  pain, then of course I would rather have God take him home. Al was holding his arms up to the ceiling last night trying to grab someone’s arms in heaven. There is a big part of Al that wants to die, but I think this stems from the huge discomfort he is in. The other part of him is scared to die. But the other part of him is begging anyone who will listen to give him a shot so he can die.

The whole thing is very upsetting to watch him go through. But one thing I know for sure is I am a good caregiver to him, and I won’t change my mind about it. 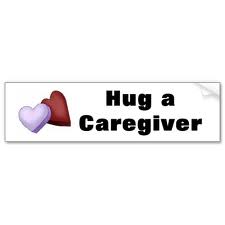