The lonely soldier boy looked up at the stars. It was Christmas night. He was cold and had nowhere to go. He had served his country well. He had stripes on his sleeves and was proud.

His intention was to come home and marry his girl. He had been planning on marrying her and then the letter arrived. His country needed him. But while he was gone, she got bored and found the companionship of another.

When he knocked on her door the day before he learned from her mother that she had up and moved in with some guy. Through tears she expressed how sorry she was. The lonely soldier boy walked a way with his head hung low and his hands in his pockets.

He went back to his home but when the door opened the only welcome he received was the squeaky door. You see while he was gone, his parents had been killed in a car accident.

Something went a miss and he didn’t learn about it until way after the funeral was over. When he finally read the letter that was given to him all it said was that his parents had been killed and the home he grew up in was his.

Silence rang throughout his head. He put his hands over his ears. He didn’t want to hear anymore. He wanted it to stop, but it kept ringing and getting louder and louder. He buried his head in his hands and he wept.

How could this have happened? He lost his girl, he lost his parents, and yet he had done what was right and served his country well. He walked from room to room touching trinkets and remembering back to earlier times.

He got his duffel bag and started placing ever so carefully pieces that reminded him of happier times. He packed some clothes. He walked out into the night air. Pulling his coat closer to his body he walked.

No where in particular, just walked. He ended up at the cemetery where his parents had two markers staring at him. He sat down on the snowy ground and pulling the shiny star out of his bag, he placed it in front of his parents names.

He cried out to his parents begging them for answers. He thought how easy it would be to kill his own self so he could be closer to those he loved. He stared down at the cold ground waiting for some kind of signal that they had heard him.

Hearing nothing he stared off into the distance. Far ahead he saw a beam of light shining down towards the earth. His eyes followed the path and when he looked up in the skies he saw the brightest star he had ever seen.

Like the shepherds followed the star when Jesus was born, the lonely soldier boy followed the beam of light. He walked for what was ever and soon he was standing in the most beautiful house he had ever seen.

When his eyes adjusted and he was able to make out objects, he saw his parents. Beside them were members of his extended family. They came to him and enveloped him with love and hugs.

God had heard his cries, and now he was not the lonely soldier boy any longer. He was in the haven of love, the kingdom of all heavens and he smiled once again.

My Heart Is Broken 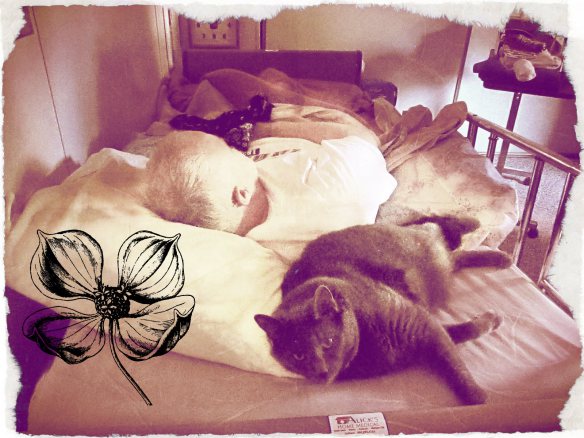 My Heart Is Broken

I haven’t blogged all day. I had some time to but just couldn’t. It is still hard but I need to. It…