He was sitting in front of a busy grocery store. His hair was a little messy. He wore a jacket that had seen better days. One shoe showed its wear and tear by the hole in the big toe area.

He was sitting on a wrinkled newspaper to help keep his bottom from feeling the cold cement. He had a billed hat sitting in front of him. The purpose was to collect loose change, and if he got lucky maybe a dollar or two.

Some walked by ignoring him. Others bent over and tossed some coins. One guy was walking by. His name was Ted. Ted worked for the local newspaper as a reporter. He stopped in front of the beggar. He didn’t reach into his pockets. He didn’t say a word.

People continued to walk by but Ted seemed to be reporting the scene taking place in front of him. This made the homeless man a little nervous. In fact, he was getting to the point he was considering picking up his change and hat and moving on.

The two caught eyes and stared at each other. Then Ted stepped closer and then bent down and grabbed a floating newspaper. He laid it down and sat on it. Now the two were side by side, like best friends.

” What happened buddy? What put you in the predicament, where you have to beg for money”?

” I don’t know how it happened. It seems like my brain got messed up somewhere along the way. I remember my story very well, to a point”, the beggar began to explain. ” I was a young man of who came from many men who were fighters in the wars. I knew from the time I was a kid, that I wanted to protect our country too”.

He paused a moment, taking out a dirty cloth from his breast pocket and wiping a tear a way. He was living his memories and Ted was being gently pulled into his words. ” I wasn’t even dry behind the ears yet when I jumped up and joined the Army. I was so proud when I walked through that front door and showed my pa my papers”.

The two sat there in silence for a few minutes, each picturing his pa’s smile when he told him his news. ” It was rough. Rough training and I got sent to the front line first thing. I worked with my team and before I knew it I was moving up and up in rank. Before long, I was leading my group through grass and dirt. Then it happened, I didn’t see it. I didn’t see the hidden grenade hiding under this big, dark bunch of grass.  I walked right on it and boom, my life changed forever”.

Again, both sat in silence. Ted pulled out a pack of cigarettes and lit one, offering one to the homeless man. Shaking his head no, Ted put the pack back in his pocket. Inhaling the words and the tobacco, he waited until he put the butt out before  he continued speaking.

” So what happened then? I mean, you didn’t die or get hurt bad, because you are sitting here in front of me. Aside from the fact I see you begging and you need a good meal and a bath, you look alright”.

” That’s what most folks think. No one really knows what happens when you have served time in a war. When that happened to me, I was injured. I was taken by some of the guys in my platoon to a truck that took me to the Army medical tent. They fixed me up real good. I got some scars on my legs and a couple on my arms, but the scars you can’t see are up here in my head”.

The beggar pointed up to his head and started knocking on it like it was a big, wooden door. The two of them laughed out loud and Ted liked that this guy still has a sense of humor.

” You can’t look at it any other way, you know, you gotta laugh at life. By the way, what’s your name fella”?

” Ted, just call me Ted”. The homeless man wiped his hand on his dirty pants and extended it to Ted. ” Well nice to meet you nice fella, I mean Mr. Ted”.

” So what happened after you went to the medic”? ” Well, I do remember that I was discharged. I wasn’t too happy about that news, but I did get an honorable discharge and I got some medals for being a good guy. I was sent home then. I was told to take it easy and maybe I could find a part/time job somewhere. I was told I would get some money every month for being a good guy”.

” Well I bet your family was glad to see you”, Ted said. ” Yep, they sure were. I got more pats on the back than any dog could get. I walked into a party that had all my favorite foods and a big, fat chocolate cake”.

” Life seemed good for a spell. I got a job as a mechanic down at Tom’s car lot. Found me a gal and got married. It was no time at all that she told me we were going to have a baby. I can remember just swelling up with pride. I went out and picked  her a couple of flowers and we celebrated all night long”.

” What good news that was, and it seems that life was treating you good”, Ted replied.

” Yep, it sure was, until I started forgetting things and where I was. I  accidentally walked into a metal bar at the shop. It knocked me silly. From that moment on life just fell apart. My wife must have known I was not going to be able to provide for her and a baby because she up and left me. I got to the place I couldn’t remember which way was up. I even got fired from work because it might have been Tuesday but I thought it was Sunday”.

” Well, I did. Yep, I sure did. I got an extra pay check every month to help pay the bills, but my wife done me dirty. She went and hired herself an attorney and got him to say I was a mental mess from serving in the military. Ever since that day, she never did divorce me. She still receives my paychecks but she lies and says that she is helping me. I don’t have anything. I can’t even fight for my rights because I have no money and a brain that forgets most times”.

Silence once again fell. Ted lit up another cigarette. The beggar man was out of words.  He had told his story. There was nothing left to say. Ted blew smoke rings, pondering on all he had heard.

Suddenly he put his cigarette out and jumped up. Taking the guys hat and handing it to him, he lowered his arm helping the beggar stand. ” Have you eaten lately”? Ted asked.

” What day is it”?, the man said with a sheepish grin. ” Come on and by the way, what is your name sir”? ” My name is Theodore, Theodore Williams”. Ted looked at him wrinkling his eye brows.  Ted knew of a man in his family who was a pure nut case, according to the gossip. His name was Theodore Williams. Ted placed his arm around Theodore’s shoulder and they walked inside the grocery store together. 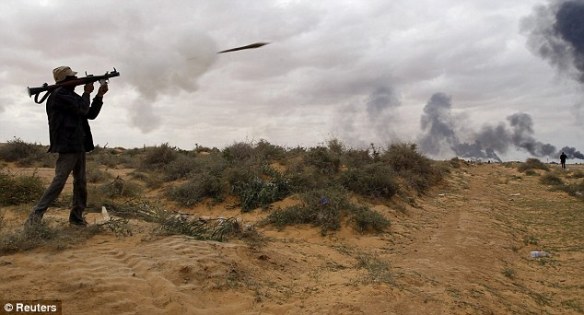 5 thoughts on “Ted and Theodore”