**inspired by Chef in Training 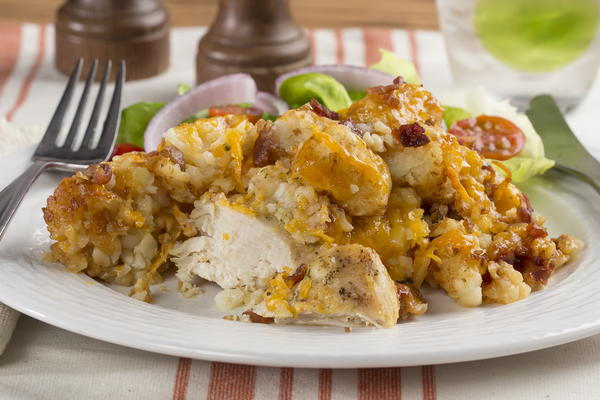 Want to see how fast your family can gobble up their dinner? Just make this Chicken Ranch Casserole. Made with family-favorite potato tots, lots of cheese, bacon, ranch mix, and chicken, this casserole has it all. Plus, it’s made in your slow cooker, so there’s hardly any work involved!

My birthday is coming up on this Saturday, April 21. I don’t know how many of you followed me while I cared for my brother who died from a rare neurological disease, called Multiple System Atrophy.

I had been a caregiver for many years and never, ever saw a disease so ugly and demanding as this and I am not just saying this because my brother suffered from it. It took everything from him and almost claimed his vision. It left him a vegetable in a shell and was a very painful death.

For my birthday, I am asking you to donate a $1-any amount to help find a cure. I swear to you, you don’t want any of your family members to get this.