I made up my mind
That you weren’t the kind
To replace my real mom
i wanted you gone.
Years and years went by
Not a tear from my eye
Then one day I grew up
I knew I’d screwed up.
I started trying to stand
Understanding my hand
You didn’t have to be here
You could have turned a deaf ear.
Health issues you bore
I decided to spend even more
Time with you; while you healed
The layers we peeled.
Life seemed so much better
My heart light as a feather
Then the telephone rang
Life crashed with a bang.
You lay lifeless and cold
Your hand in mine I hold
God took you from me
My tears all could see.
I’m so glad I did change
God focused my range
I had the best mom of all
Oh how I wish I could call.
Written by,
Terry Shepherd
Happy Mother’s Day in heaven Mom.

I go to Fort Wayne, Indiana and never leave without eating at the famous Coney Island, downtown. It is perfect every time. The buns are steamed. The dogs are great. Old fashioned bottles of coca-cola. I love it there. The photos on the walls tell much about this little restaurant This restaurant is family owned for over 100 years. Priced just right too! Try it and see if you don’t think it is one of the best places. Below is a photo of the place I love to eat. 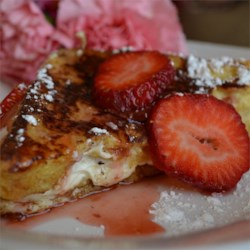 Recipe By:Pamela Batovsky
“French toast topped with glazed strawberries and stuffed with cheesecake. Soooo good and original. Perfect to impress at a brunch. Serve with mimosas for a fancier brunch-type setting, or just make it for a special Saturday morning breakfast for your family like I do. =)” 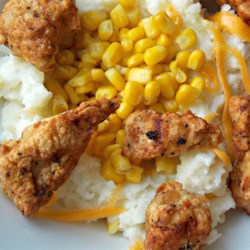 The word for today is; forest

Melody was infamous for being in the center of everything. She crawled to the top by means she thought she would never lower herself to. She shined at the office. She had more friends than she could count on all fingers and toes. Her phone rang inviting her to this social event or meeting. She thought she was certainly a Goddess.

God had been watching this for so long. He gave her hints and signals to change her thinking, to slow down, to give him the thanks for allowing her this prestigious life; but she ignored him. He knew her time was at a close and he had to get her attention before he allowed the devil to have his way with her.

One day she  had an overwhelming time at work. Nothing seemed to fall in place. Meetings didn’t go the way she planned. On her way home, her mind was running through the minutes. A deer ran out from nowhere and because her mind was somewhere else; she was not prepared for what happened next.

She woke up to strange sounds. Eyes were looking at her as if asking why she was invading their land. She ran her fingers through her hair and felt an instant ping of pain. She looked at her hand and there was red on it. She unfastened her seat belt and with great difficulty, twisted and turned her body until she was on the outside of the car.

She fell to the ground, her body weak from the accident. She landed in a tall, feathery mound of grass. Her eyes closed. She slept.

When she awoke, animals sat around her. Sadness mirrored back at her from their eyes. Silence fell heavy around her. Her heart ached. She couldn’t go back. She had failed herself. She failed everyone around her.  Why did she do what she had done? What was the point? Was she really so stupid? What counted? What mattered?

As if the animals could read her mind, they scampered away and brought back, one by one, all the people involved in her life. She stared at each one as they sat filing a circle around her.

“I don’t know why I thought the way I was living and making decisions was the right way. I don’t know what got hold of me. I wonder if I can ever change the situations so that I feel good about myself. The truth is; I haven’t loved myself for so many years.”

She wept and one by one, each person came up to her. They hugged her and told her they would help her. She looked up into the skies and for the first time; she understood.