When life feels upside down
And you only carry a frown
Place your amour of hope
As your main outer coat
Hold your head up high
Look towards that sky
I promise you and me
This too shall flee
And once again
We will smile and grin. 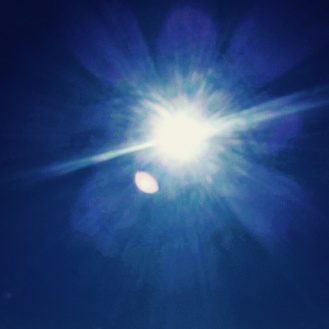 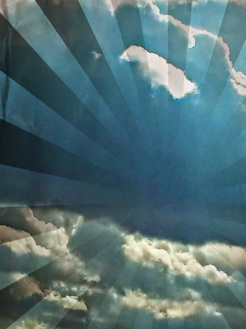 I Should be Fearless

I am old enough

I should be fearless.

Where I am today.

I am an administrator of a Poetry Group called Poetry in my Mind. This week we had an assignment that took much more time than other weeks. We chose one of our favorite poets. We mentioned important information about him. We were to also post one of his poems, explain what form it was, and then write a poem in form and similar.

Here is the link to the poetry group I am involved in. If you would like to partake in the contest, let me know. You must be a Facebook member, so that I can send you a special invite to contests. There is a weekly and a monthly contest.

I chose Edward Lear, for his silly, no-nonsense poems. This is what I had to say.

I am writing about the poet Edward Lear.

Edward Lear (12 or 13 May 1812[1][2] – 29 January 1888) was an English artist, illustrator, musician, author and poet, and is known now mostly for his literary nonsense in poetry and prose and especially his limericks, a form he popularised. His principal areas of work as an artist were threefold: as a draughtsman employed to illustrate birds and animals; making coloured drawings during his journeys, which he reworked later, sometimes as plates for his travel books; as a (minor) illustrator of Alfred Tennyson’s poems. As an author, he is known principally for his popular nonsense collections of poems, songs, short stories, botanical drawings, recipes, and alphabets. He also composed and published twelve musical settings of Tennyson’s poetry.

Lear was born into a middle-class family at Holloway, North London, the penultimate of twenty-one children (and youngest to survive) of Ann Clark Skerrett and Jeremiah Lear.[3] He was raised by his eldest sister, also named Ann, 21 years his senior. Owing to the family’s limited finances, Lear and his sister were required to leave the family home and live together when he was aged four. Ann doted on Edward and continued to act as a mother for him until her death, when he was almost 50 years of age.[4]

Lear suffered from lifelong health afflictions. From the age of six he suffered frequent grand mal epileptic seizures, and bronchitis, asthma, and during later life, partial blindness. Lear experienced his first seizure at a fair near Highgate with his father. The event scared and embarrassed him. Lear felt lifelong guilt and shame for his epileptic condition. His adult diaries indicate that he always sensed the onset of a seizure in time to remove himself from public view. When Lear was about seven years old he began to show signs of depression, possibly due to the instability of his childhood. He suffered from periods of severe melancholia which he referred to as “the Morbids

Lear’s nonsense works are distinguished by a facility of verbal invention and a poet’s delight in the sounds of words, both real and imaginary

There was once a girl named Sue
Who feared the word called boo.
She jumped out of her skin
When you said it again
She was crazy; this girl called Sue.

Honeymoon Nightmare
I didn’t want to listen
I knew that I was right
You started it; you know
A newlywed’s first fight.
I saw the tears you shed
It tore my heart apart
I had to speak my feelings
But they weren’t really from the heart.
You grabbed your bag and left
I had the last word; you heard
You didn’t turn around and beg me
You never spoke a word.
I heard the sirens screaming
Sounded like they were very near
I went and pulled the curtain
Police huddled front and rear.
There was a knock at the door
A man stood standing there
“I think you should come with me
I have something I want to share”.
He led me to the doorway
He led me to the street
I stood in front of a body
It was my love; laying at my feet.
I never quite got over
The foolish things I said
That night that was so precious
Has never left my head.
Written by,
Terry Shepherd.

Talking to the waves

“Can you hear my heart

Can you feel my pain”?

Knowing I can’t go back

I know it’s not for real.

“You say nothing to me

You only whisper in my ear

I can’t make out the words.”

As I sit here I feel the answer

You penetrated my soul

I must head in the direction

I must stand and I must go.

Pain; much too deep to speak
A mother’s loss when she can not weep

A dream not made yet reality
But visions clear, as clear can be

A poet is sometimes misunderstood
Seen clearly through his brotherhood.

MY MAN, A MILITARY MAN

Left me and his babes

To do his duty

To fight for freedom

To save our lives.

Is a proud papa

He loves them so

How his eyes do glow

When they call him by name.

I pray you stay safe

We miss you so much

God, bring him home once again.

Today’s write; A cinquain is a non-rhyming five-line poem that focuses on imagery and the natural world. Write a cinquain poem for Valentine’s Day

“See the apples on the tree?

Adam will you pick one for me?”

” Sorry, it’s against the rules

You know what he said.”

” But it’s Valentine’s Day and you love me.”

Chaos,
Mixed feelings
Rulers of our world
Kings and queens
People in power
Leaders,
Money speaking
Poor hiding
Rich riding
Chaos,
A world of
Wealth and poverty
Who will seek us out?
Who will set us free?
Who will feel our pain?
When I cry out,
Who will listen?
Oh belly so empty
Who will fill us up
A mat to rest
Our heads upon
May I have a blanket?
Can you spare a dime?
Can you hear my cries?
All I want is freedom
To walk on my own
To make a choice
To feed my family
To cover my cold
Chaos,
Mixed feelings
Who will hear
My cries?

A new year today
The old slipping away
Put away the stale
Wipe away the days.

Refresh my memory
What is your name again?
Let’s go and have a drink
Let’s dance and remember when.

Your body feels indifferent
I can still remember him
The old year slipping in
I am remembering once again.

I scream his name in vain
As you raise me up above
The hurt you feel; I see
I swear I’m not in love.

You climb out of my bed
You slip your clothes back on
You shut the door so quiet
Now both have come and gone.