When will it begin

How will it happen

Why did this come upon me

Ever feel this way? I know it has to me. The four words, When, How, Why and What. Powerful words when used in sentences, don’t you think?

Why are some of us placed in suck jobs

How did I think I would ever love it

When is something better going to come along

Every day we are faced with decisions. The path we decide isn’t determined just by a what about me thought, like our youth tend to think it is.

What benefits will I see

How will we deal with these terrible hours

When am I going to have the real job I want

We think about how family and friends will be affected by our decisions. We wonder if we can really handle that big of a change and will it truly benefit my life and those around me. Will I have to have a babysitter. Will I be happy in a new location.

Change can be scary can’t it? The future, although many of us worry about something that hasn’t happened yet can be frightening. I believe that having money in our pocket is important when we first start out working for that paycheck.

Then we move on to have to work all the hours we can to feed the family and pay the bills. Next new thought could happen after a number of years when you realize you may not be an asset but a door mat; or you realize you are working out of habit, never considering a change.

At my age, I am in this category. Medical issues, age, lack of hiring power, I tend to lean more on the thought; what can I do the rest of my working days that I actually love? Where I can come home smiling and actually want to go back. What can I do where both parties feel challenged and yet rewarded.

I want so much more out of life yet and I am getting older. Writing is my love but it doesn’t pay the bills. Speaking of writing, I want to thank Susan and Jean for purchasing Dahlia from me today. It makes me feel good that someone thinks I am writing words worthy of reading.

Writing allows me to speak my thoughts, to dream, and think of  happy endings. I would still love to teach about MSA.  Some days I dream about my phone ringing off the hook with calls asking me to do a photo shoot.

I don’t know my future, but at my age I will keep my eyes open to new doors of opportunities. There is no law that says I have to do the same job that I have done for so many years. God makes all kind of miracles happen. I can be one of those too if I just ask him to show me an open door with my name on it. 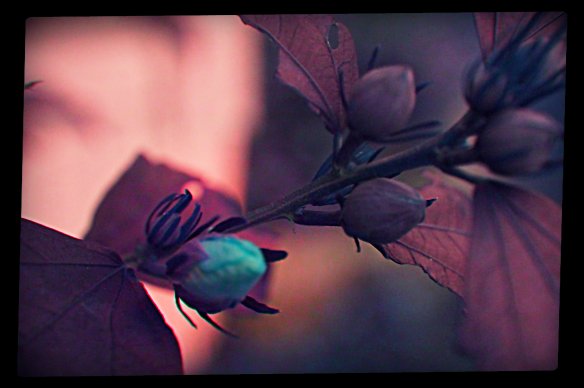 Hello my friends. I didn’t mean to ignore your posts today, but I did not read so many and I missed…

Hello my friends. I didn’t mean to ignore your posts today, but I did not read so many and I missed that. You all have something wonderful to say or an awesome photo to show me. Each of you are a part of my family and I feel like I lost touch today.

It is after midnight here and I am tired; but I couldn’t go to sleep without chatting with you. Today has been a busy day with a few changes. We started this morning off with Al’s two shower girls stopping by.

Al got his bed bath and clean bedding. For breakfast he still had the yearning for chocolate ice-cream with chocolate syrup; so his request was given. There was some free time  and Al took a nap. He usually falls asleep for an hour after his bath.

Then the Hospice nurse stopped by. I had not met this certain nurse, but I liked her caring attitude. She checked over Al. She couldn’t get all of his vitals as they were too soft to hear.

She saw his open areas and ordered a prescription for them. She noticed his swollen eyes and the constant drool and ordered medications for those issues too. By the end of the afternoon, all new medications had been dropped off here at the house.

She and the caregiver and I had chatted for sometime. Talk about the difficulties we were having of moving Al and injuring his skin. We chatted about his  urinating. By the end of her visit new changes had been put in place.

By five p.m. everything she had ordered had been delivered. Now I call that one fine nurse. She was firm, she made decisions with asking me first. I admired and respected her and wished that she would return more often.

With phone calls made in front of me I was informed of when people would arrive. I was told to let her know and she would return. About two hours later a company for home medical supplies arrived. The nurse was called and met them here.

The medical supply team brought in a hoyer lift. This is a special lift that with attachments raises Al out of bed.With the assistance of me, the nurse and the caregiver we were able to lift Al up and place him in his recliner.

His poor body just curled up in a ball from lack of strength. The caregiver stood by him and held his head so it wouldn’t fall forward or to the side.

The medical supply guy took the old mattress out and replaced it with an air mattress. A motor attached to the end of the bed, once turned on, filled the mattress with air. We placed Al back in bed. When we got him comfortable I asked him if this new bed felt better and I heard him clearly say yes. This made me very happy.

After we were satisfied everything was working properly the nurse and medical supply guy left. A couple of hours later, the nurse and another nurse showed up. They had with them more supplies to help Al stay comfortable.

They went to work and taught me and the caregiver about the Texas Catheter. This in place with no pain for Al, brought relief for him in so many ways. No more pulling and pushing to turn Al over to change briefs. No more bulky pads and wrinkled throw-a-way pads lying under him.

My hands that have electric shocks from my diabetes  sent through them from tugging and pulling when I turn him over have been relieved. Al is able to lay in  peace without being bothered so much. Al was finally comfortable.

Everything in place the nurse and other nurse left. The humming of the air mattress and the beautiful feel of the new mattress lulled Al into a sleep I have not seen in him for a long time.

He slept for three hours. I have not known him to do this in so long that I was actually checking on him more often to make sure he was alright.

Al is still refusing to eat most foods. When he does eat, he eats ice-cream. He still complains of his body being frozen. By this he is telling me he can’t move his body parts, but yet there was a peace within the room.

I relaxed some and just listened to the hum of the machine and thanked God for a wonderful Angel nurse that appeared this morning. Her professional attitude and caring concern went miles with Al and me today.

The evening went well. No unexpected surprises. Rhino, the cat is guarding Al’s room and I am sitting here smiling for a busy yet brand new day.

LIFE IS FULL OF OPPORTUNITIES. TAKE A LEAP IN FAITH AND GRAB ONE OF THEM AND RUN WITH IT

IF I COULD  SMOOTH  THE WORLD;  I WOULD NOT IN THE END. FOR WE NEED BUMPS IN ORDER TO GROW AND LEARN

You better watch out

You better not cry

You better not shout

I’m telling you why

They are checking it twice

They are seeing if you’re real

Or phony and not really nice

They hear you when you are talking

They watch what words you say

And hope you lead the way

So you better watch out

You better not cry

You better not shout

I’m telling you why

Let us always act like Jesus is walking beside us.

This poem goes to the song title, Santa Claus is Coming to Town

WHO OWNS YOU, WHO IS THE MASTER OF YOUR WORLD?

I found this in my email from a blogger here at WP. If you agree that I am showing too many photos of him and you think I have over done it, please let me know.

I want to encourage you to perhaps use fewer personal images of your brother.  Your story is…

I found this in my email from a blogger here at WP. If you agree that I am showing too many photos of him and you think I have over done it, please let me know.

I want to encourage you to perhaps use fewer personal images of your brother.  Your story is poignant enough without those images.  I think the measuring rod in deciding what photos to post would be to ask yourself: “What would Al want?”

I guess I spend so much time loving him and sharing our life with you I never thought about it. Now please be honest. I will also pray about this. Thank-you friends.

Freedom, the feeling of no more people telling me what to do. No more…