It was a chilly night. Katie pulled her cape closer to her. The winds sounded wicked. It was as if they were whispering evil words into her ears. Her body shivered and she looked up as if someone had said something to her. Two dark, long and slender clouds were floating in the moon’s face, forming the most wicked smile.

She was trick-or-treating. Her best friend and her had made arrangements to go out one more time, one more year, before everyone laughed because they were too old to be doing such childish things. The plans were broken though as her friend’s mother called Katie and told her, Lynn was down with a temperature and a sore throat.

Katie didn’t want to stay at home. She would never have that one last chance to go out. She didn’t want to pass out treats, she wanted to collect them. She decided to go out alone; but there was something creepy about the winds, and the crazy smile in the moon’s face.

She breathed a deep breath and started up to the first house with the porch light on. She knocked on the bell and stood back when the door opened and the sight she saw made her mouth drop and her eyes almost bug out.

It was a mask that greeted her. The body was very tall. Blood dripped from the lips. Blood covered the shiny knife in the left hand. A deep voice welcomed her, and with his free hand motioned for her to step inside.

Katie glanced inside, and saw the orange basket with the triangle eyes and nose. She looked around her and then past the bowl of treats. She hesitated but she wanted treats right? She darted past him and waited at the bowl for the masked person to hand her the treats.

A hand motioned for her to help herself and Katie slowly lowered her hand towards the bowl of candy. She lowered her hand until she felt the goodies and while keeping her eyes on the giver, she grabbed some candy. As soon as she had her hand full, a set of fingers grabbed her wrist and held on tight.

Katie thought she was going to pee her pants when the voice said, ” did you get all you wanted”? Katie shook her head up and down and the fingers dropped and she was allowed out of the front door.

She ran down the steps and out to the sidewalk. Her breathing was so quick and forceful, she started to feel dizzy. She walked over to the big oak tree and leaned against it; willing her breathing to calm down.

She then laughed out loud. That guy was some actor. Boy, he was really playing Halloween night all out. He was either a lunatic or had a wild imagination. She had herself composed and decided to go on to the next house.

There were two empty lots between the next house. She was almost ready to climb the steps when a hand reached from behind her and covered her mouth. The other hand wrapped itself around her waist and drug her away from the steps and off into the shadows.

Katie tried kicking at the person. She tried to scream but couldn’t get any sound to go further than the gloved hand. She fell to the ground with the robber falling on top of her. They tumbled a few times and then Katie managed to have the boogie man on his back.

She ripped the mask from the face and laughter echoed from tree branch to tree branch. It was her best friend. ” What, what in the world are you trying to do to me? Give me a heart attack? What are doing out?  Your mom said you were sick. You know, I should beat the shit out of you for scaring me almost to death”. Lynn stood up and helped Katie up. ” Hey girlfriend, my temp broke and mom said I could go out and look for you. Well, I found you, so are you ready to go trick-or-treating”? The two took off for the next porch light, laughing as best friends do. Trick-or-treat!

You lay in bed

This is the night

I will mask in

I took some tips from Halloween.com for quick tips and ideas if you are still not ready for your Halloween party. Maybe one of these will help you out at last minute. 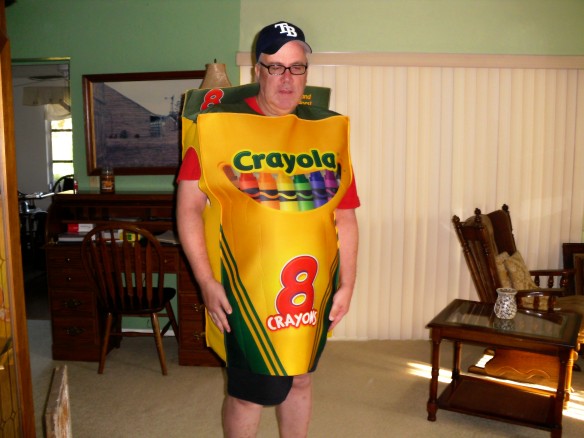 The one night of year

When excitement is due

With witches and goblins

And everyone says BOO!

Changing colors, dropping temperatures, pumpkin spice lattes: do these mainstays of Fall fill your heart with warmth — or with dread?

The summer heat is gone

For jackets we go

And the children know

Time for costumes and gear

Time to sing a new song

Let us enjoy this new day

And soon Spring will be on its way.

What Are You Going to do From Now Until Then?

There are 89 days until Halloween.

There are 116 days until Thanksgiving.

There are 144 days until Christmas.

There are 89 days until Halloween.

There are 116 days until Thanksgiving.

There are 144 days until Christmas.

Life wasn’t getting any easier. I decided Al needed to be home where his familiar doctors were. Al and I were not crazy about this idea. We both didn’t really want to walk back into memories that upset Al and made me sad.

The house listed and before we realized it we were packing up rooms, getting a moving van and were headed back to Indiana, our home town. There was really no excitement between…

Life wasn’t getting any easier. I decided Al needed to be home where his familiar doctors were. Al and I were not crazy about this idea. We both didn’t really want to walk back into memories that upset Al and made me sad.

The house listed and before we realized it we were packing up rooms, getting a moving van and were headed back to Indiana, our home town. There was really no excitement between the two of us as we saw the Warsaw sign come into view.

It was late and we were both tired from the travel and all the things that go along with moving. Because of the friction that was heavy in the extended family, Al and I didn’t let anyone know we were coming home except my kids.

My son was waiting on me to let me in to our new home. The movers were tired but went straight to work unloading the truck and setting up our beds. I believe Al and I finally flopped into bed around 4am.

The next day I wanted to pull my hair out as I looked around our home and saw box after box. Al and I  both needed to take morning medications so we dug clothing out of our  over night bags, got dressed and went into town for breakfast.

It didn’t take long while eating that Al and I started talking about the past. Had people’s views changed while we had been gone those few years? Was the talk about who was to get what past now that the estate had been closed long ago?

As we ate, we watched the news on the overhead TV and watched cars go by. Afterwards we went back to our home and Al started putting his room together. He complained of being tired and sore. I told him, ” Just do what you can bud. I will help you with everything else.”

He seemed alright with that. He went for his prize coca-cola and started setting it around. Then he got his clothes out and put what he could in his drawers. He cleared off his bed and laid down to watch TV.

That was fine with me. He didn’t feel well and yet he still helped. I spent most of the day busy putting things away. I started with the bathrooms and then the kitchen. I made sure that things we needed were unpacked first. Dishes, glasses, silverware, toilet paper, bath towels and wash cloths.

By the end of the day I was exhausted but still not finished; but at least I had a path to walk through. Al and I ordered a pizza for supper and had it delivered. For the rest of the evening we watched TV and went to bed early.

The next day was more unpacking. Within three days I had the place pretty presentable. I then started on the projects for Al. I called his former doctors and had records sent here from Florida. I called a company that Al used to work through to see about a Day Program.

By the end of that day we had scheduled appointments set with our new family doctor, Al’s old  heart doctor and Cardinal Center, the company Al had been associated with for years.

We went to supper at Golden Coral. Al loved eating there because it was buffet and he could make all his own choices. Al did pretty good walking. His top half of his body leaned to the side and his total side definitely was weaker, but he got what he wanted to eat all by himself.

As the days moved forward we discovered through the heart doctor that Al had suffered what is called a TIA, a silent stroke. This is what caused his upper half to lean to one side.

The heart doctor said for the damages that Al had suffered in his heart attack and the Angina he had now, he was in pretty good shape. She said he would not be able to keep us with most people and he would tire more easy than others. I was happy with this news.

The family doctor took Al’s vitals and had his records from where we had lived here before and his records from Florida. He asked many questions such as how was Al feeling on a daily basis, how was his appetite, did he suffer constipation, did he take vitamins.

After having an hour meeting the doctor ordered a CBC,(complete blood count) for Al and said to come back the following week.

We had only seen one neurologist when we had lived here prior but I had actually forgotten that so a new doctor was ordered. We went to see him a couple of weeks later.

We spent the in between hours enjoying the fall weather and looking at pumpkin decorations and houses that were fixed up for Halloween. We decorated our own home for the holidays and soon drifted between doctor visits and the thoughts of Christmas and snow. Neither of us were looking forward to that at all. I think this is what we missed the most about Florida, no snow.

We ate out a few times a week. My son told Al and me of car shows that were coming up. I decided to take Al to see them and before long Al had decided to add a new interest to his hobby; car collecting.

My son loved Chevy Bel Airs. He had one that was aqua blue and Al fell in love with it. Al started collecting these same type of cars. If he could not find one he would purchase an old car of another model. He loved the police cars from the era of Andy Griffith. By the end of Al’s life his room was filled up with these two special cars and many others along with his coca cola that he found.