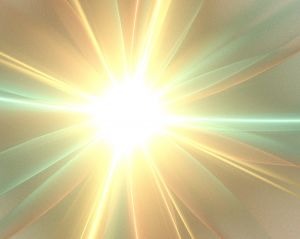 With The Morning Sun

With the morning sun

I can smile once again

To the ones I see

With the morning sun

For one more chance.

Whispers in the morning

Dew upon the ground

As long as you are sleeping

Your pain is resting too

These are the moments I treasure

When you are back to you

And when you wake up brother

I’ll try to do my best

To make your day go quickly

Then you can lay and rest

Sister’s got it covered

Only silence will be heard. 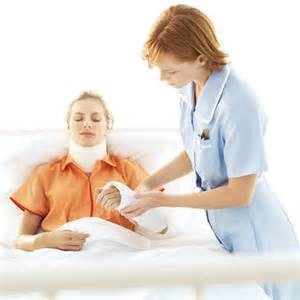 When I got Al off the bus I saw bloodon his fingers. The driver said he must have done it while she…

When I got Al off the bus I saw blood on his fingers. The driver said he must have done it while she was driving. When I got him in the sunlight I could see he had done some heavy-duty picking to his forehead.

I took him inside and cleaned him up and finished preparing dinner. When I glanced back at him there was blood pouring down his glasses and side of his face. He had put his hands in it so I had mess number two to clean up.

This time I put a piece of gauze and a band-aid over the injured area and went back to wash my hands and continue with supper. Thank goodness it was an easy supper tonight. Baked fish with baked french fries, cottage cheese topped with pineapple. Dessert was already made as you saw from my prior post.

I turned to look at him to make sure all was well and the gauze and band aid was soaked. Now it has been an hour since he got off the bus. I felt I had no choice but to call Hospice. Upon the call I was told she was with another patient and would call me on her way up.

The office is an hour from our house. I knew it wasn’t an emergency but still he had been bleeding for some time now. Due to the fact he takes blood thinners and can’t hold his head up were making things worse.

We went ahead and ate supper between me changing out covered ice-cube patches and then the phone rang. The nurse who was to come had to go to an emergency on another patient that was struggling with breathing.

Of course go to them, this is not an emergency. Hopefully this will subside on its own. I ask the triage nurse if I could lay him down and she said yes. I changed his brief and the entire time I have him in his room he is yelling, ” I am stupid, I am a failure, you may as well toss me in the trash.”

I told him to stop. I told him that was foolish talk and it upsets me when he talks this way. He kept on going. I was forced to give him one of his emergency pills. It still hasn’t taken effect but his room is quiet.

I am going to go back and check the bleeding spot. Maybe I can tell the nurse she doesn’t need to come. Maybe the bleeding has stopped.

What we think we know

What we plan for tomorrow

May not come true

We may breathe this moment

And be gone in a blink’s eye

What we may put off today

May  not come tomorrow

Live life to the fullest

Be thankful and give thanks

This is your last moment.

In hopes that it would

For me. I smiled

In hopes that it would

For me. I smiled

When I saw you

As the pain was

And after we ate

I told you the

News that it was

Going to be yet

And your tears did fall

I held your hand

I could take your arms

And help you into

The car I would do

It. We both shed tears

I would not but when

Yours fell so did mine

You it hurt me more

To tell you of this delay

You wanted me to stay

But your spirits had dropped

I sat you in your chair

And watched you drift

Off to sleep then

I love you Bud