Good Morning To Me and You

I was able to get up this morning and take a shower at my own pace. I even put some body lotionon…

I was able to get up this morning and take a shower at my own pace. I even put some body lotion on afterwards and am dressed. I smell like a lady again. Do you think anyone will notice?

Probably not, but I do. I am able to sit here and write and drink my first cup of coffee. I am loving every moment I have with myself. I look out the window and I see a mixture of sun and a few streaky clouds. I see one tree now baron of leaves, other trees that haven’t begun to shed their summer leaves and I see one pine tree.

I used to hate silence. I used to hate spending time with myself. I thought I was boring. But Al‘s illness and my responsibilities to taking care of his needs has made me appreciate one leisurely shower.

The coffee taste better. Rhino, our cat is napping on my bed. Al is snoring. The Christmas tree is glowing and all is quiet. In my neighborhood I live with Senior Citizens on my side of the road. On the opposite side lives the Saturday social drinkers; so Sunday mornings can be spectacular.

I don’t know how many of you take time to be with yourself. I don’t mean meditating or praying. I mean just stepping back and looking at the precise moment you are in. What are you doing and are you enjoying it? Have you noticed anything about this fine Sunday morning? 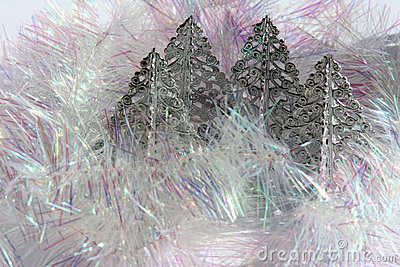 This Touched Me Deep in My Soul

I have never done this before, but the soul  I carry within connected to the words of this story. I…

I have never done this before, but the soul  I carry within connected to the words of this story. I want to share it with you. I found this on Facebook and can not take the credit, but I can forward it to you to read.

Because of Love!! “this is a true story”

A brother and sister had made their usual hurried, obligatory pre- Christmas visit to the little farm where dwelt their elderly parents with their small herd of horses. The farm was where they had grown up and it had been named Lone Pine Farm because of the huge pine, which topped the hill behind the farmhouse. Through the years the tree had become a talisman to the old man and his wife, and a landmark in the countryside. The young siblings had fond memories of their childhood here, but the city hustle and bustle added more excitement to their lives, and called them away to a different life.

The old folks no longer showed the horses, for the years had taken their toll, and getting out to the barn on those frosty mornings was getting harder, but it gave them a reason to get up in the mornings and a reason to live. They sold a few foals each year, and the horses were their reason for joy in the morning and contentment at day’s end.

Angry, as they prepared to leave, the young couple confronted the old folks “Why do you not at least dispose of The Old One.” She is no longer of use to you. It’s been years since you’ve had foals from her. You should cut corners and save so you can have more for yourselves. How can this old worn out horse bring you anything but expense and work? Why do you keep her anyway?”

The old man looked down at his worn boots, holes in the toes, scuffed at the barn floor and replied, ” Yes, I could use a pair of new boots.”

His arm slid defensively about the Old One‘s neck as he drew her near. With gentle caressing he rubbed her softly behind her ears. He replied quietly, “We keep her because of love. Nothing else, just love.”

Baffled and impatient, the young folks wished the old man and his wife a Merry Christmas and headed back toward the city as darkness stole through the valley.

The old couple shook their heads in sorrow that it had not been a happy visit. A tear fell upon their cheeks. How is it that these young folks do not understand the peace of the love that filled their hearts?

So it was, that because of the unhappy leave-taking, no one noticed the smell of the insulation smoldering on the frayed wires in the old barn. None saw the first spark fall. None but the “Old One”.

In a matter of minutes, the whole barn was ablaze and the hungry flames were licking at the loft full of hay. With a cry of horror and despair, the old man shouted to his wife to call for help as he raced to the barn to save their beloved horses. But the flames were roaring now, and the blazing heat drove him back. He sank sobbing to the ground, helpless before the fire’s fury. His wife back from calling for help cradled him in her arms, clinging to each other, they wept at their loss.

By the time the fire department arrived, only smoking, glowing ruins were left, and the old man and his wife, exhausted from their grief, huddled together in front of the barn. They were speechless and stunned as they rose from the cold snow-covered ground. They nodded thanks to the firemen as there was nothing anyone could do now. The old man turned to his wife, resting her white head upon his shoulder as his shaking old hands clumsily dried her tears with a frayed red bandana. Brokenly he whispered, “We have lost much, but God has spared our home on this eve of Christmas. Let us gather strength and climb the hill to the old pine where we have sought comfort in times of despair. We will look down upon our home and give thanks to God that it has been spared and pray for our beloved most precious gifts that have been taken from us.

And so, he took her by the hand and slowly helped her up the snowy hill as he brushed aside his own tears with the back of his old, withered hand.

The journey up the hill was hard for their old bodies in the steep snow. As they stepped over the little knoll at the crest of the hill, they paused to rest, looking up to the top of the hill, the old couple gasped and fell to their knees in amazement at the incredible beauty before them.

Seemingly, every glorious, brilliant star in the heavens was caught up in the glittering, snow-frosted branches of their beloved pine, and it was aglow with heavenly candles. And poised on its top most bough, a crystal crescent moon glistened like spun glass Never had a mere mortal created a Christmas tree such as this. They were breathless as the old man held his wife tighter in his arms.

Suddenly, the old man gave a cry of wonder and incredible joy. Amazed and mystified, he took his wife by the hand and pulled her forward. There, beneath the tree, in resplendent glory, a mist hovering over and glowing in the darkness was their Christmas gift. Shadows glistening in the night-light.

Bedded down around the “Old One” close to the trunk of the tree, was the entire herd, safe.

At the first hint of smoke, she had pushed the door ajar with her muzzle and had led the horses through it. Slowly and with great dignity, never looking back, she had led them up the hill, stepping cautiously through the snow. The foals were frightened and dashed about. The skittish yearlings looked back at the crackling, hungry flames, and tucked their tails under them as they licked their lips and hopped like rabbits. The mares that were in foal with a new years crop of babies, pressed uneasily against the “Old One” as she moved calmly up the hill to safety beneath the pine. And now she lay among them and gazed at the faces of the old man and his wife.

Those she loved she had not disappointed. Her body was brittle with years, tired from the climb, but the golden eyes were filled with devotion as she offered her gift —LOVE. Because of love. Only Because of love.

Tears flowed as the old couple shouted their praise and joy… And again the peace of love filled their hearts.

This is a true story.
Willy Eagle.

This is an Inspirational message sent to a small group of people. My hope is that it will make your day just a little bit better.

Keep reading. A small request !
Cancer is a strange cell. Going along for years in remission and then one day it pops it head up again. Pray for the day there will be a permanent cure. A SMALL REQUEST… 93% won’t forward, but I’m Sure You Will……..

All you are asked to do is keep this circulating, even if it’s only to one more person. In honour of anyone you know who has been touched by cancer.