Ever since Al passed I have seemed or felt at a loss. Ever feel like that? I see that I am improving on my hurting heart area, but still, there is a sense of I don’t know where I belong. People look at me strange when I say this, but it’s true.

So for the first time tonight I am trying something new. I am adding it to what I already do on WP. You know if you follow me that I have a Quotes, Music for the Soul, and my main here. I will add this only if I see that it goes over well. Don’t worry; I won’t make any decisions until after the new year. I will keep tabs on the likes and comments and then make that decision. Also, if you have any topic that you would like to see me post, comment to me please.

I am going to call this new idea;

It is a name given to me as of late. It sort of makes me wonder what it really means. It kind of grows on me, so let’s welcome Home Skillet to WordPress. This is how it will work. I will give a short story. It may be true or possibly made up. There will be a question directed to you and you will be responsible for answering it to the best of your ability. Whether the story or example is true or false, you give the answer according to your heart.

I will make a positive effort to do this  twice a week on Mondays and Fridays, and it will always be titled Home Skillet. Everyone understand? Alrighty then, let’s get started with our first story.

I am the oldest of three kids. I am almost 14 years old. My mom puts a lot of stuff on me to do at home, while my brother and sister lay around and watch TV. I don’t think that is fair. I have tried talking to mom about sharing the load, but she just pats me on the head and says she knows she can count on me. Home Skillet, what do you think of her answer?

Alright friends and followers, it is your time to comment on this scene.

Do As You’re Told Missy 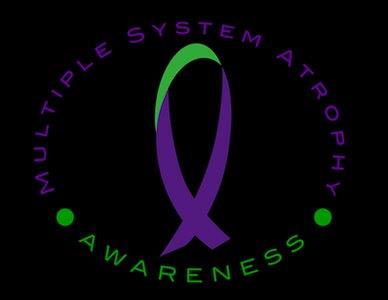 For a couple of weeks now I have been introduced to the reality of dying and how food and water affect the process. I preferred to ignore this new idea given to me. After all I was not going to do anything that may make my brother feel I was nothing less than a good sister.

We all know that I have done everything in my power to grant Al all of his dreams and wishes before he leaves this earth. I…

For a couple of weeks now I have been introduced to the reality of dying and how food and water affect the process. I preferred to ignore this new idea given to me. After all I was not going to do anything that may make my brother feel I was nothing less than a good sister.

We all know that I have done everything in my power to grant Al all of his dreams and wishes before he leaves this earth. I have probably been the worst at spoiling an adult. I have purchased everything he mentioned, only to see that smile one more time.

Now for the past few weeks Hospice, me and my caregiver can not figure out why Al is still lingering. Oh, please don’t get me wrong. I would have Al stay here if I thought there was a chance in hell he could be cured. But, on the other side God would be the one to provide this amazing miracle and I believe in my heart God  has a more important job for him to do in heaven than laying in his air bed.

In these past few weeks we have fought this big bully called MSA. It has shown its ugly fangs. It has done its best to escape any opening it can. It has filled every gap possible inside his body.

For the past eight days Al has kept a temperature. I was able to keep it at a normal temp by using medications, but no longer. We have went from forks and spoons, straws to now syringes for feeding.

Since he is still staying behind, now he is aspirating into his lungs. Every syringe of food and water goes directly to the lungs. There is no pass jail and no collecting of two hundred dollars.

On this past Friday, Hospice stated that Al’s pulse is very weak. Saturday evening Al was breathing very shallow. This is the only was I knew for sure he was still with me as I could find no heart beat and no pulse.

Today the nurse did her thing and then told me to come out to the living room. Uh oh, there’s that tone. I am in trouble. We sat down and she placed her hands in her lap. She took a deep sigh and she closed her eyes for a moment. I know others may not think anything about this part, but I know her well enough to know she was praying for the right words to get through my thick skull.

She started the conversation off with the fact Al is gasping from air and taking huge breaths of air. She said this illness has told the brain to not acknowledge that Al needs to breathe. Then it kicks in reminding him to breathe, thus the big gasping effects.

She said that his pulse and heart beat are weak. Then she stopped and I think she prayed one more silent prayer. She then looked at me and said, ” You need to do as we tell you Missy, so Al can go home.”

I thought, ” What did I do wrong? I try my best to be there for Al.” She continued on with,” Al is ready to go home, but with your constant feeding him and giving him so much liquid, the body is desperately trying to revive its use over and over, but it fails. This in return causes Al more discomfort and misery.”

Of course the little girl inside of me began to drop a few tears. How could I not feed my brother? How could I starve him?

She then went on to say, ” Al’s body is so sick. It doesn’t need as much  food and liquid like it used to. You need to go in at meal times and ask him if he is hungry. If he says no, leave it alone. Don’t try to force him to eat. If  he says yes, offer him a few bites of whatever he wishes for. It will be enough to satisfy him. Or give him the sherbet. It will make his dry mouth feel better. As for the water, give him a half of syringe. Terry, you don’t want him to aspirate to death. This would be a very painful way to die.”

The last sentence she said must have hit me hard. I already had thought for months that Al was struggling to fight this nasty disease. But for me to add to the problem, for me to be any part of him not seeing heaven, was too much for me to bear.

I decided right there and then I would follow her suggestions. For lunch today, he did refuse but he took a half a syringe of water. For supper his answer was yes, he wanted soup. I had made home-made chicken and noodle soup today. I pureed some of it and gave him three syringe full of it and one syringe full of water.

He did not complain nor say a word. He seemed content. I breathed a little sigh of relief as I walked out of his room. He was alright. He wasn’t starving. He is sick and he is ready to go to heaven. He had a bite of food and he was satisfied. I no longer feel the very heavy guilt I had carried previously. I am now able to look at it as helping Al to reach his goal. 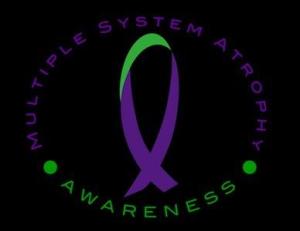 Do It For Me Boy

The next thing out of Al’s mouth was, I saw a sign on the door and the name was Jesus.

The next thing out of Al’s mouth was, I saw a sign on the door and the name was Jesus.

Do It For Me Boy

Let the body turn to rest

Don’t let him ever weep

Live it all day long

And sing those pretty songs

Feel the light in your toes

Be happy where ever you go

Feel the warmth of light boy

Be sure to smile down on me boy

Please dance and play and run. 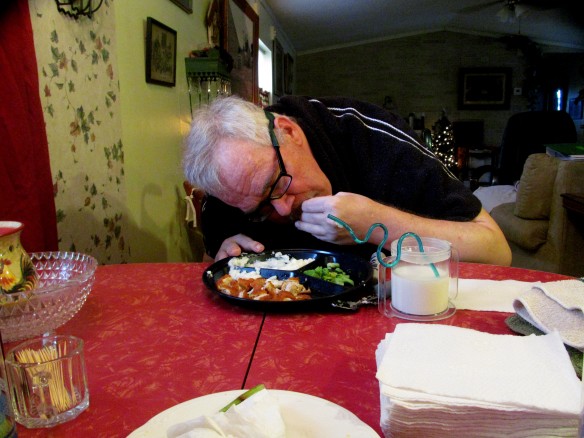 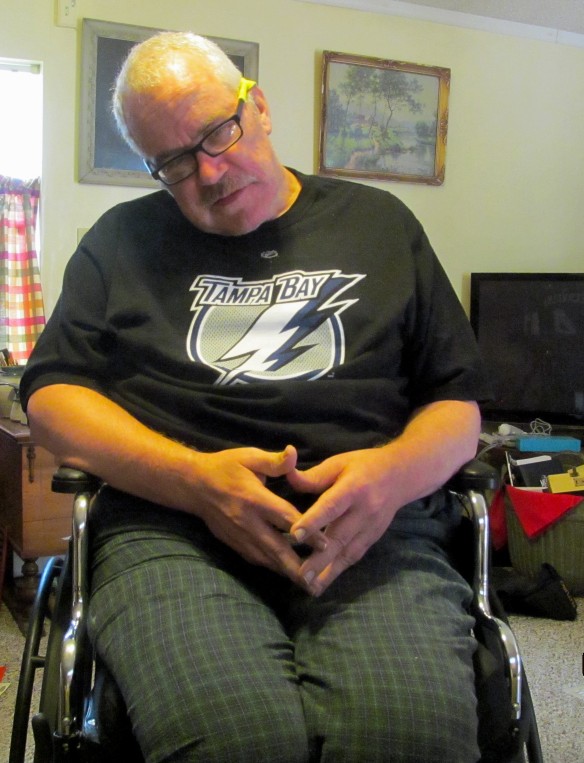 This is a photo I took of Al today when he arrived home from Hospice. I was thrilled to have him home. Although you may not be able to see it his nails were quite a bit darker than usual. This is a slap in the face to me forcing me to realize my baby brother may not have a ton of time with me. He has been very weepy. He saw Rhino the cat and petted him. Then he wept and said, ” I will miss him when I die.”

To You, My Brother

I will cherish you

I will stand by

And all of your struggles

And this you may know

That when it is time

I will let you go

There will never be

From either you or me

Only joy and happiness

That you are now free

Is what I will keep

In my heart for me to see.

I love you baby brother

So I shall never forget

How much you mean to your dear sis.

Where Ever You Are

And know  we won’t connect

You live your life so…

And know  we won’t connect

You live your life so different

It’s as if we’ve never met.

Somehow we lost each other

In the bumpy roads we walk

We used to be so close

But now we never talk.

I love you as a sister

But fear for what you do

I pray you find the light

And return to your old you.

I know what day it is

Cast the movie of…

Cast the movie of your life.

I can’t cast my life as it is not over yet.

But what I can do is give you a glimpse of my life as it has been.

Starting in the beginning and adding chapters at a time.

This will give you a small insight to my life.