It was a beautiful sunny day today. I decided to give it one more try with taking Al out. We went to Leesburg, Indiana to a country Antique store called, Alley Cats.

Al had been there previous times while he was in the nursing home. Staff from his now Day Program would come pick him up and take him on a weekly outing to get him out of the stale air.

I made sure he was as dry as possible and comfortable. We went right after lunch and he took the ride well. He has been in a pretty good mood the past week. Taking his pain medications on a regular basis has really helped him.

We arrived in no time at all and as soon as I took him and his wheelchair in he wanted to head back to the one section he knew sat a coca cola truck. We gazed at some items on the way back so I could get a look at things I am interested in.

We finally made it back to the truck and I died inside when I saw the asking price of it. I told him there was no way he could afford this. I explained that this was a whole lot of money. He did pretty good at accepting it but I could see the huge disappointment in his body. He head fell forward more and he lost the glow in his eyes.

We kept looking around and I didn’t bring up the topic again. When we got ready to leave I found the owner and explained Al’s illness and how much he wanted that truck. She told me she remembered Al and that he always got so excited when he saw it.

I told her of Al’s lack of monies and she made me an offer I could not refuse. I am soft but not too soft. I would have never purchased it if it weren’t that Al will pay for half of it and the idea that he has wanted it for about three months. Besides, who knows if Al will get so excited over coca cola again like he is today.

Here are some photos of what we saw in the store. There is Al’s new truck he got and the one framed painting of the girl holding the bird is what I got for my treat of just because. If you ever stop by the itty-bitty town of Leesburg, Indiana make sure to tell the owner’s of Alley Cat that Al sent you. There is one extra photo of Al petting Rhino this morning. 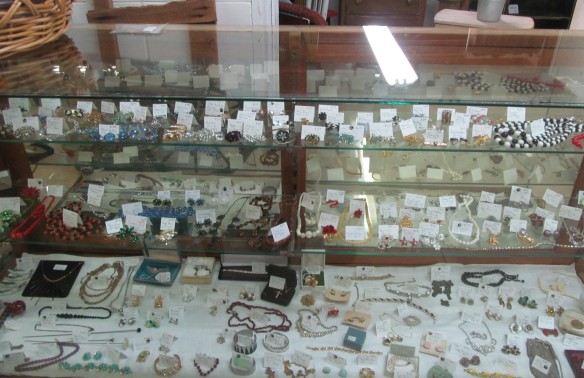