Today was not really too bad a day until this evening.

Al had his shower by the Hospice aide, then he laid down for a nap. He knew that I was going to take him to the fair today since it was free day. I told him we would eat supper there as a treat, even though I know how darn expensive fair food is.

To get Al ready to go somewhere it takes a lot of physical effort from myself. I have to take his wheelchair and him out to the car. Place him in the car, buckle him up. Place the folded wheelchair in the trunk. For me this is quite an effort as I have to lift it to trunk level and then push it inside. You also have the foot pedals and the cushion that he sits on.

For today I also had empty boxes from his briefs and liners and pads to throw a way. I had three bags of trash to take out to the trash. I had to get his and my medications for supper. I had to remember to take an individual size container of applesauce so he can take his pills.

It really puts my body through the wringer, especially my feet as they have Diabetic Neuropathy. Any time I lift or walk much they ache and burn, but I look at it as not for me, this is a treat for Al.

So we get to the fair grounds and it is packed for Free Day. There is no place to park that I won’t have to push his chair through gravel. I end up driving straight through to the actual fair and  park beside the radio bus. I leave Al buckled in and hunt down someone who works for the fair board.

I have to know if I can park inside the perimeters of the fair and I have to admit to these men that I can’t push the wheelchair through gravel and stones. They were very nice and said that today was open day and they would allow it but after today when everyone had to pay I could no longer do it. I told them that this was the only day I was coming and they stayed near by to make sure I got Al out.

After Al was out of the car, the men pushed him up the small slant so I could have it a little easier. I thanked them generously for their help in all they did.

I took Al to one of the food stands and found two empty seats. We were under a roof so he didn’t get too much sun. I ordered and paid for our food and then we ate. I knew it had been a couple of hours by now since I had changed him so after we ate we headed to the Arts building where I knew there were restrooms.

What I didn’t count on was that the bathroom doors of both gents and ladies doors were too small to get the wheelchair in. I started freaking out inside wondering how I was going to change him in private.

I am standing there going over ideas when I spot a lady that used to be Mom and Dad‘s old neighbor. I go up to her and explain that I could use her help. She sort of hesitated, which I guess this is normal. She did help. We got Al as far in the bathroom as the chair would go and then I stood him up and she and I walked him to the sink so he could hold on.

All of a sudden he starts crying and he never stops. She and I try to get him to stop but he is embarrassed that he needs help and more so because he and I knew her. But I did what I had to do, other wise we would have had to go home.

We got him changed and she washed her hands and then my turn came. We got back out in the main part and he is still crying. Then he starts his ranting about his disease. Going on and on about how it is taking over his life. He did something wrong to have it. It is taking over his whole body. He is going to die.

People were staring. The lady that helped disappeared. I tried to calm him down but it didn’t work. After all the physical work and the big dollars for the meal I had no choice but to bring him home.

I felt cheated, I am not going to lie. I had to dig down the fair people in order to park. My feet were burning from trying to push him in gravel. I begged for help to change him and now we were going  home.

On the way home he was still crying and feeling sorry for himself. I have so had it with his feelings of self-pity. I am sorry, I don’t mean to be a meanie, but I have told him so many times he could be so much worse off, but he is all about him and it will most likely remain that way.

After getting home I unload the wheelchair, put it back in a sitting position. Put the pad in it. Help Al get out of the car. Lug him up the ramp, open the door, pull as  hard as I can to get him over the bump from the ramp into the house, and finally get him seated in his lift chair, safe and sound.

My back is hurting, my feet are burning, and my fingers are kind of numb from hanging on to the chair to pull him. Still he is going on and on about his illness. I finally looked at him and said,STOP, I can’t take your pity talk anymore.

I explained what I went through out of my love for him and how I was disappointed that I didn’t get my ice-cream from the Dairy Barn at the fair, and now I would have to wait a whole other year.

He is not listening. I should have just shut my mouth. He is telling me how his body is sick all over and I am agreeing with him. He is telling me that it is probably going to kill him and I once again agree.  He started to say something else and I stood up from his bed and walked out of his room. He sat there in silence and just now turned his TV on. I bet he sat there for half an hour in silence. Maybe he was digesting our conversation.

I was pooped and sore. I came out to the computer and plopped my rear end down and lit up a cigarette. I knew in my heart that outings with Al were officially over. There would be no more pleasure trips unless I had guaranteed help, and I find that hard to believe it will ever happen. Everyone I know runs the other way when I ask for help.

When I took out all the trash I had laid clean bags inside of the cans. When I finished my cigarette I leaned down to pick up the bag. I felt something brush my arm. I thought it was a fly but it wasn’t. I turned around to see what it was and right here in the middle of my computer desk laid this. I instantly felt or heard something tell me, it’s alright, I am here with you. I didn’t get scared, instead I felt comfort as I knew in my gut and heart it was Mom. Threads that she used to sew with and the wads of thread she left behind were exactly like this one. This is in the same color as the feather I found on my bathroom floor a few days ago.

Thanks Mom, it brings me comfort that you are here and you understand……………………

The wad of string she left me on my computer desk. I love you Mom and miss you. Al is asking for you, he misses you too. I love you Dad and so does Al in his own special way.

What I Wish For

What I Wish For 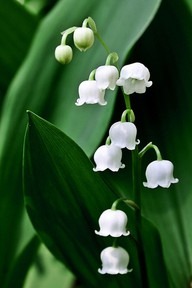 ” I can’t believe you just said that to me. Go a way. Leave me alone. I never want to see you…

Chill in the air

Ghost or Spirits or Imagination

Ghost or Spirits or Imagination

I used to watch the big movie called Ghost Busterswhen it was popular, did you watch it also? It…